On an old farm in Russia, workers were dismantling an abandoned barn when unusual cries caught their attention. Hearing the tiny mews for help, they traced the sounds to a space under the floor. And there, the workers found four kittens, so young their eyes were still closed.

But the felines appeared different from all the kittens they’d ever seen before. Unsure what type of cats they were, the workers contacted the Daursky Nature Reserve. Staff confirmed the strange kittens weren’t domesticated or feral house cat kittens. These babies were a breed of wildcat known as Pallas cats, or the manul. 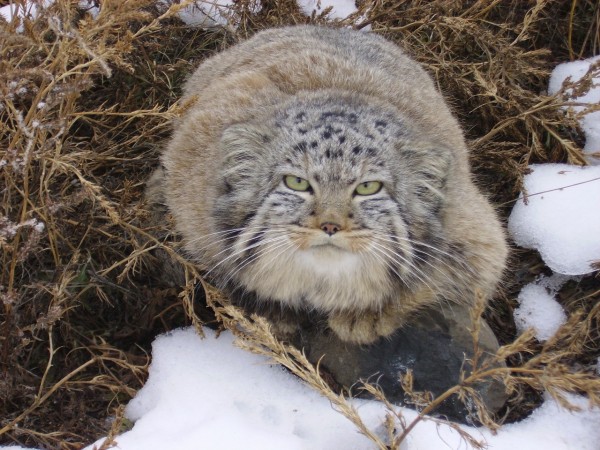 Native to Central Asia, Pallas’s cats are considered near threatened thanks to illegal fur trade in China and destruction of natural habitats. Their numbers are hard to estimate as the cat remains well-hidden in the wild and often prefers solitary existence.

With a soft overcoat and wooly undercoat, this thick fur keeps the manul warm in its preferred cold climes. And while they look heavy thanks to their dense layers of fur, manuls are pretty small as wild cats go, weighing an average of 10lbs. and standing about 2 feet tall. This means they’re about the same size as the house cat, but they certainly have a different appearance. 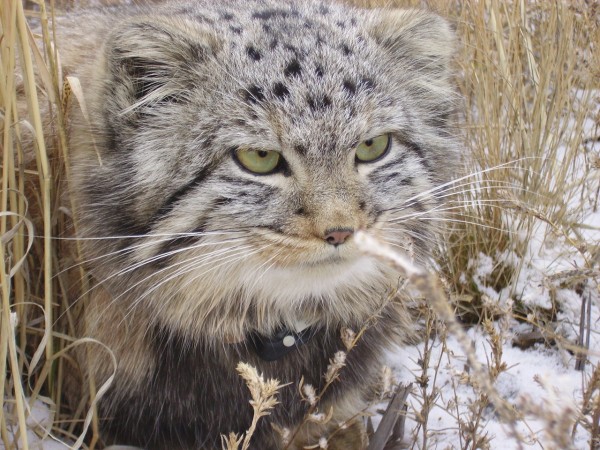 And a fun fact for you: domestic cats have slitted pupils while the manul’s pupils are round.

After a day of watching to be sure the mother cat didn’t return to her kittens, the staff at the Daursky Nature Reserve took in the four kittens. The two boys and two girls were “very hungry and chilled” and hungrily gulped some offered milk. Though described as “tiny, still blind, like striped furry lumps,” the kittens showed off their wild sides, hissing away at the humans. 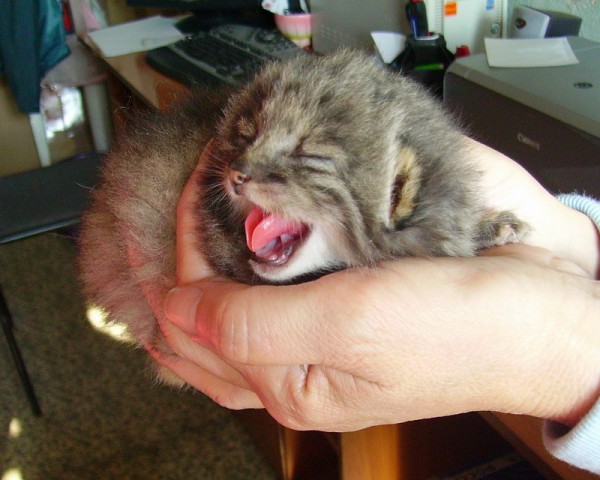 But the “little manuls immediately won the hearts of the whole team” in spite of their tough show.

As the manul kittens were so young, they still needed a mother’s milk. And as luck would have it, nearby staff knew of a home with two lactating mother cats. 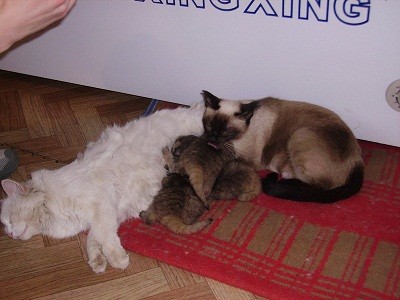 Both cats took on the baby manuls as if they were their own kittens. The wild babies settled in too, filling up and feeling safe. As the kittens grew, their eyes changing “from piercing turquoise to golden yellow”, they learned all the skills wild kittens must know, hunting, playing and tussling with each other. 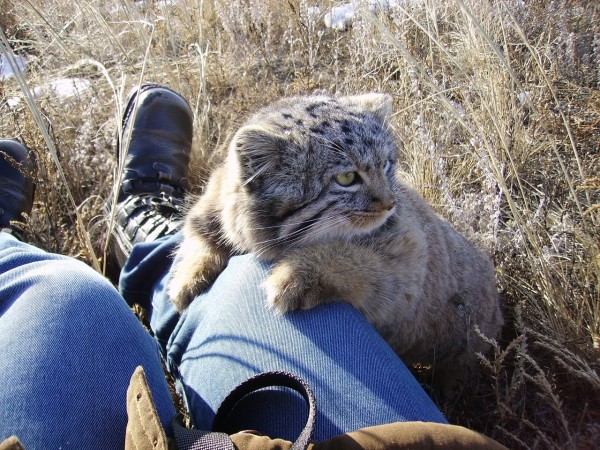 Sadly, toxoplasmosis struck the litter and two of the kittens didn’t survive. But, Masha and Myrgen, sister and brother, did make it through the illness, growing up to return to the wild, thanks to the dedicated efforts of the Daursky Nature Reserve.