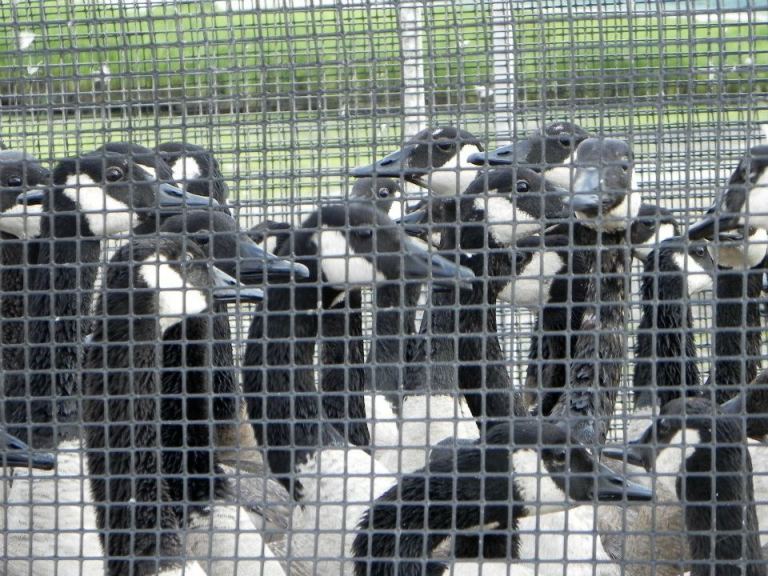 On May 12th, the Urbana Park District Board of Commissioners unanimously approved an unethical plan to round up and slaughter nearly all Canada geese who reside at Crystal Lake Park in Urbana, Illinois.

The slaughter might begin next week despite public opposition and offers to help with humane alternatives. Local activists, however, are not giving in and are still fighting to save the geese.

Next week, the geese begin their annual feather molt, and they will be unable to fly or escape, which is why it’s believed the cruel massacre might start then.

In Defense of Animals Wild Animals Campaigner, Lisa Levinson says: “If this monstrous plan moves forward, dozens of unsuspecting geese will be rounded up during molting season, while they are flightless and defenseless.


Most of the geese will be separated from their goslings and violently pushed into cages, while the rest will be left vulnerable, terrified, and traumatized — the ultimate in goose cruelty.”

“TheUrbana Park District’s own reports show five years of steady improvement and a marked goose population decrease of 12% in the last two years using non-lethal strategies like habitat modification, nesting management, and humane hazing,”according to In Defense of Animals.

One of the biggest complaints about the geese is the poop, but a company can quickly be hired to clean it up, and the waste can be used as an effective fertilizer.

The organization even has a list of humane alternatives on their site that they are urging the City of Urbana and the Urbana Park District to consider.

Actions you can take

You can say, “I implore you to cancel the wasteful, cruel charity goose slaughter. Please give effective, humane alternatives a chance!”

4. If you live in or near Urbana, Illinois, you can join the bi-weekly protests!