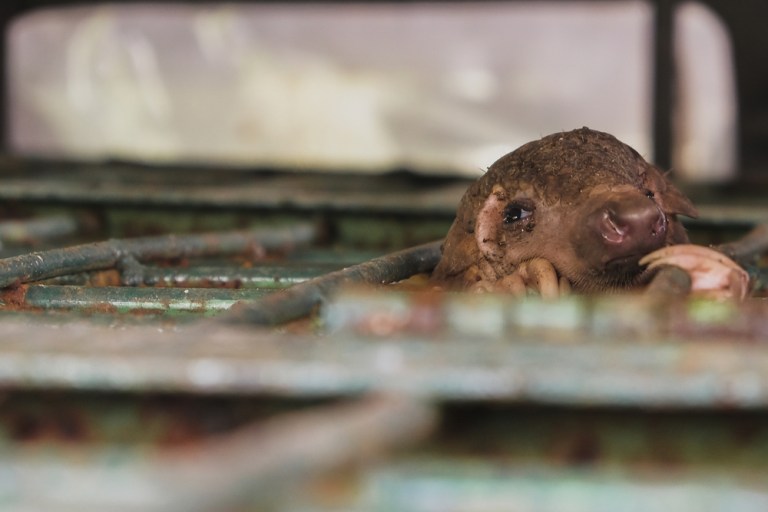 Due to the coronavirus pandemic, China and other countries temporarily banned the wildlife trade. However, wildlife trade hasn’t actually stopped, It unfortunately just moved online.

This is terrible for many reasons — it affects animals who are already endangered, still poses a risk to public health, and it’s difficult to regulate the wildlife trade online.

According to Al Jazeera: “China’s top e-commerce and express delivery operators are under pressure from the government and wildlife activists to become de facto enforcers of the country’s temporary ban on the trade in wildlife.

In the first month of the ban, e-commerce platforms aided in the removal, deletion or blocking of information relating to 140,000 wildlife products from bushmeat to animal parts used in traditional Chinese medicine, and closed down about 17,000 accounts associated with the trade, an official from China’s State Council said in late February.”

If they don’t play their role and are not able to step up their monitoring mechanisms, stopping online wildlife trade will be difficult.”

Unfortunately, criminals always try to find a way and According to Wildlife Trafficking Alliance, “Wildlife trafficking is a $10-$20 billion-a-year industry that is pushing many endangered species to the brink of extinction.”

One out of every five vertebrates on land is affected by the wildlife trade — that’s how big its span is.

But not only are animals being driven to extinction, but zoonotic diseases are a threat to public health. Coronavirus isn’t the first zoonotic disease to sweep the world and kill thousands.

Sign this petition asking Zhong Shan, Chinese Minister of Commerce, to take immediate action to introduce legislation in China that would put an end to the online trade of wildlife once and for all!