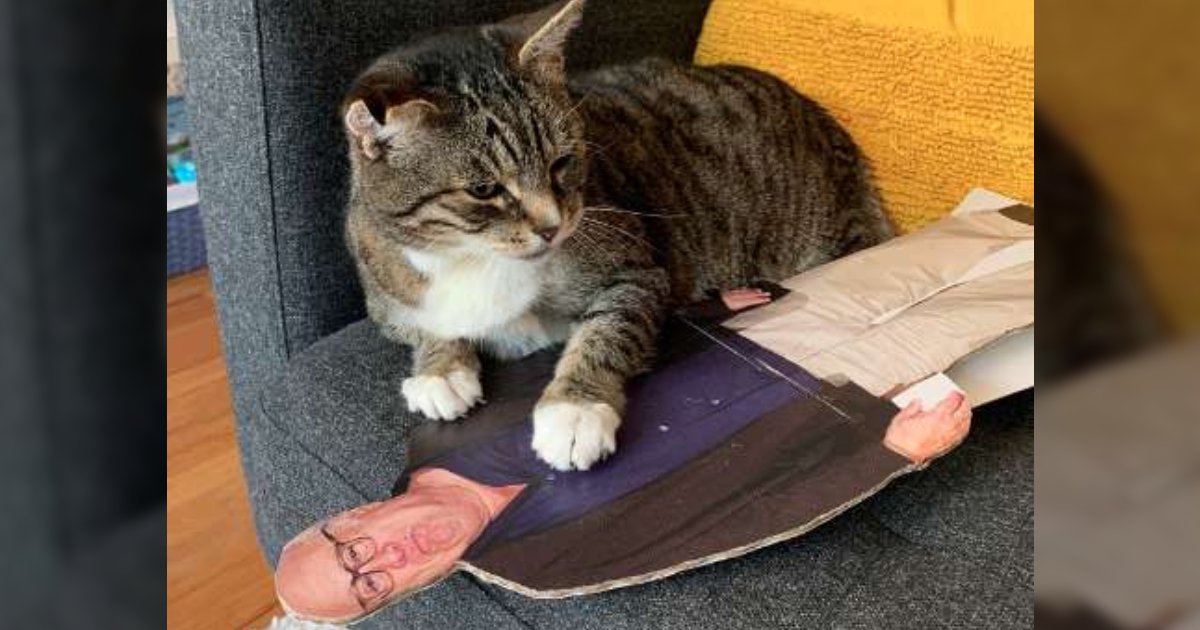 We all have our fixations, a something or someone we’re just fascinated about. Cats get their obsessions too. And Quincy is a cat with a bit of an unusual fascination involving Danny DeVito.

Or, at least a Danny DeVito cutout.

But how did a tabby cat come to have a love for cardboard Danny DeVito?

Cat mom and Twitter user, radtoria, recently made a request of the Twitter-sphere, “Put something rad in a street-facing window and then take a pic and post it here.” 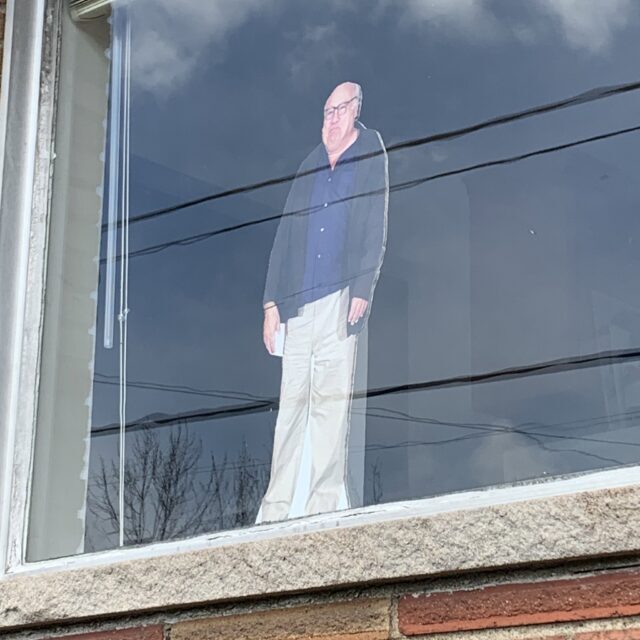 She’d recently gifted it to her boyfriend as a joke and then decided the cutout would be her way to “spread some sunshine.” 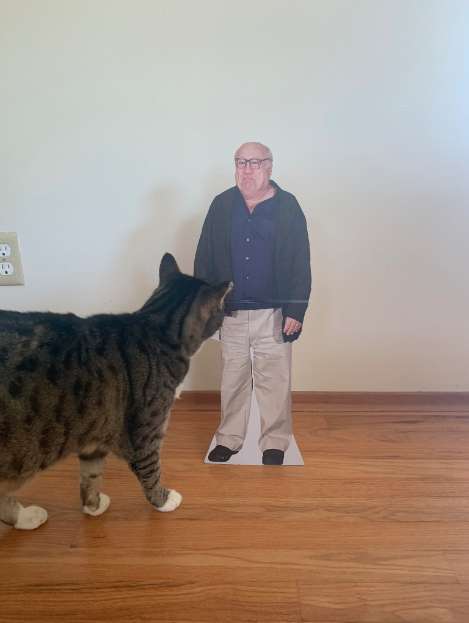 Little did she know more sunshine was coming her way once Quincy discovered the cutout. Quincy’s mom told The Dodo, “I started putting it in the window to spice up our neighbors’ walks. Then I’d take it down at night to close the blinds.”

But the cardboard DeVito often moved from where she would leave it for the evening. “Time and time again, I’d wake up to find Quincy snuggling with it.”

Radtoria first worried Quincy might get catty and tear up DeVito as cats love to destroy a good piece of cardboard. But, she revealed, “He’s very gentle with it. He never bites it. He never roughhouses with it. It’s like he sees it as a special toy.” 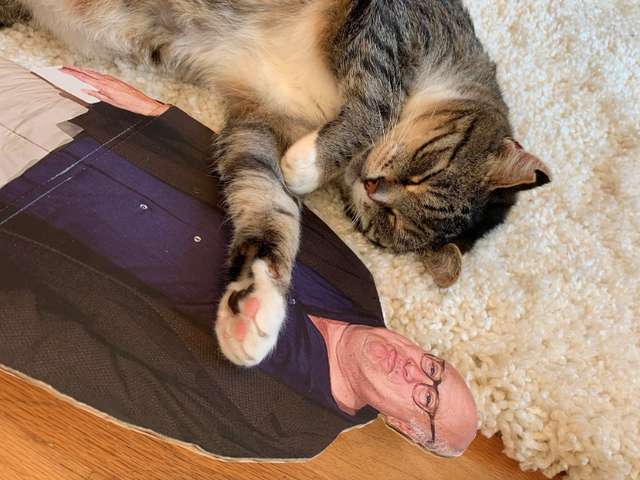 And a special tabby cat deserves his special toy. About Qunicy, his mom said, “He’s the sweetest cat I’ve ever had the pleasure to know.”

Quincy loves his family and enjoys snuggling with them too, but they’re “grateful that he has another outlet for his snuggles.”

But Don’t Try To Take Danny DeVito Away

Cats don’t like it when you try to take the things they deem their own. And Quincy is no exception with his Danny DeVito cutout. “If I try to remove it from him (which I don’t bother with anymore), he just extends his paws over it and gives a ‘don’t mess with me’ kind of look.”

While radtoria knows her cute cat loves his unusual toy, she still thinks the connection an oddity, sharing, “I still laugh about it. It’s just such a strange surreal thing.” 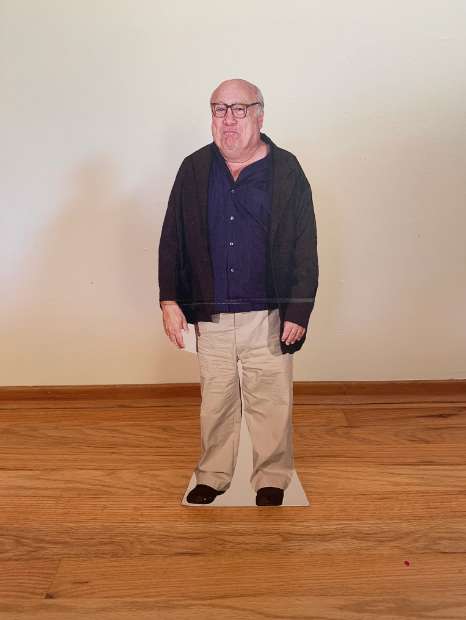 Indeed, why a cardboard cutout? The inner workings of a cat’s mind often leave their humans wondering. But isn’t feline mystery one of the many reasons we love cats so much?

Have a nice day, everyone. Here is a video of my cat who sleeps with a cardboard cutout of Danny Devito and gets mad when you try to take it from him. pic.twitter.com/WR3s3WL3Ft