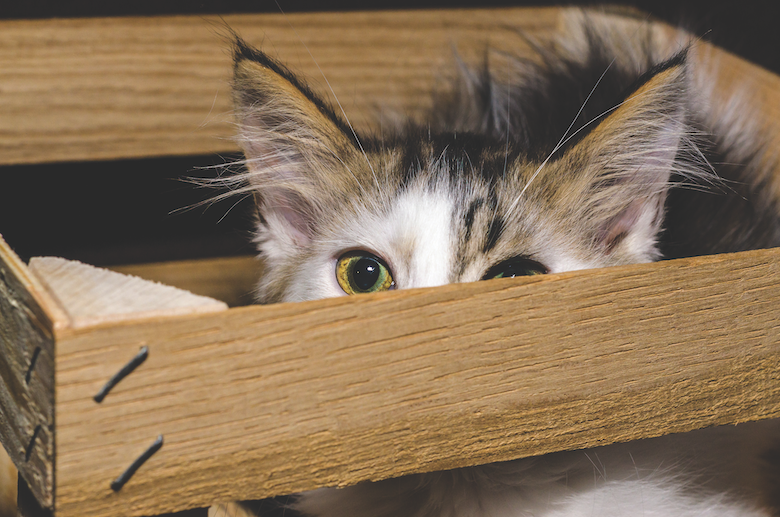 Nikki and Sebastian were preparing to get married, so they decided to move in together while they saved money for the wedding. However, one resident of Nikki’s household was not pleased to be sharing his home with Sebastian: Nikki’s beloved yet moody orange tabby cat, Tiger. Whenever Sebastian was near, Tiger would growl and hiss to express his jealously and fear. Tiger would even get between Nikki and Sebastian in an attempt to keep his mama all to himself.

When a new person, child, baby, animal, or sometimes even a thing, enters the household, the resident cat(s) can often become upset. Just why does this happen? Pure and simple: Jealousy and perceived lack of resources (space and food, for example) will reduce your cat’s behavior back to those feline preservation and survival instincts.

While it is often said, even by some of my colleagues, that cats don’t feel the emotions of love, hate and jealousy, I don’t agree. Cats are, in fact, very emotional creatures, capable of feeling all the same emotions we do. In fact, when you factor in how cats act in nature in order to survive, you can see that cats act sometimes purely from emotions, like fear. Tiger was clearly expressing his fear (and jealously) of Sebastian. Now Tiger had to share his mom and his home with this interloper, and he was not having any of it. Not at first.

Fear is one of the most predominant emotions that cat behaviors are ruled by, often exhibiting unpleasant behaviors (for us humans) while trying to protect what is rightfully theirs. Fear of scarcity of resources, either real or perceived, will cause cats to react negatively to new people and animals entering their territory.

Remember, it’s not just the new boyfriend (girlfriend, baby, child, friend, animal) that is causing the insecurity problem in your cat. It’s also all the new person’s belongings, new scents, new furnishings and perhaps even perception that there is less space available for kitty to own, that is causing the cat’s unwanted behavior toward the household changes.

Here are a few ways to help your cat accept the new beings that are now living in his territory:

Introduce slowly. Whether an adult, child, baby or even a new pet is entering the household, move his things in slowly, little by little, whenever possible. Let your resident cat get used to the new things bit by bit. Try not to overwhelm your cat by making sweeping changes all at once, and don’t scold him if he reacts unpleasantly at first. He is just following his instinct to protect himself and his resources, just like he would out in nature.

Do scent swapping. The scent of the new person/pet and his things may trigger your cat to go into self-preservation mode. Your cat doesn’t know if the new being is friend or foe, and because cats are both hunters and prey, they will usually err on the side of caution. Bring in some of the new person’s/pet’s things before he moves in, so kitty can get used to the new scents slowly.

Make time for play. Playtime is a great way to get your cat interacting with the new person or pet. Wand type toys that allow interaction at a distance are the purrfect way to get kitty distracted by the changes in the household and help him start to trust the changes. 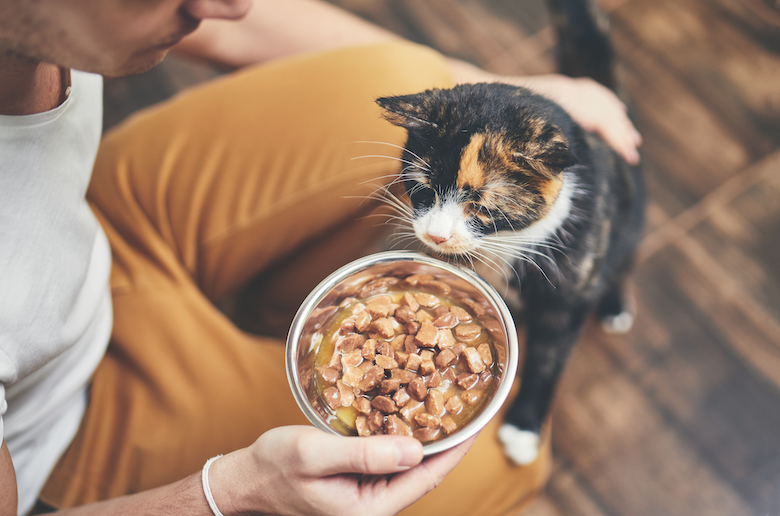 Have the new person give the cat his daily food and favorite treats to help the cat understand the “interloper” will not be interrupting his daily routine. Photo: Chalabala | Getty Images

Have one person in charge of meals. One of the ways I had Sebastian break the ice with Tiger was to have him be the only one to give Tiger his food. At first it was a little awkward, as Tiger would hiss and growl. But once Tiger figured out this new routine, he accepted his food dish from Sebastian and stopped being afraid of him. And the hissing stopped.

Give special treats. I also suggested that Sebastian be the one to give Tiger his favorite treats — and to do it after a successful non-combative interaction with Tiger. Tiger soon began to associate Sebastian with good things, like fun playtime and yummy treats, and a relationship between them began to grow.

Take your time and be patient. It takes time to get to the acceptance stage, and some cats take longer than others. The best we can hope for is peaceful acceptance; the bonus is if and when a friendship blooms.

Once Sebastian became the only one to feed Tiger and give him special treats, Tiger started to relax. Knowing his food and space resources were not only uninterrupted but were actually being freely given to him by the interloper, Tiger was able to relax. Over time, Tiger accepted Sebastian and no longer hissed and growled at him.

Tiger is still not thrilled to give up his space next to Nikki on the bed at night, but he has learned to live with it and to (almost) love Sebastian, too.

Read Next: Cats’ Fears Change Throughout Their Lives; You Can Help