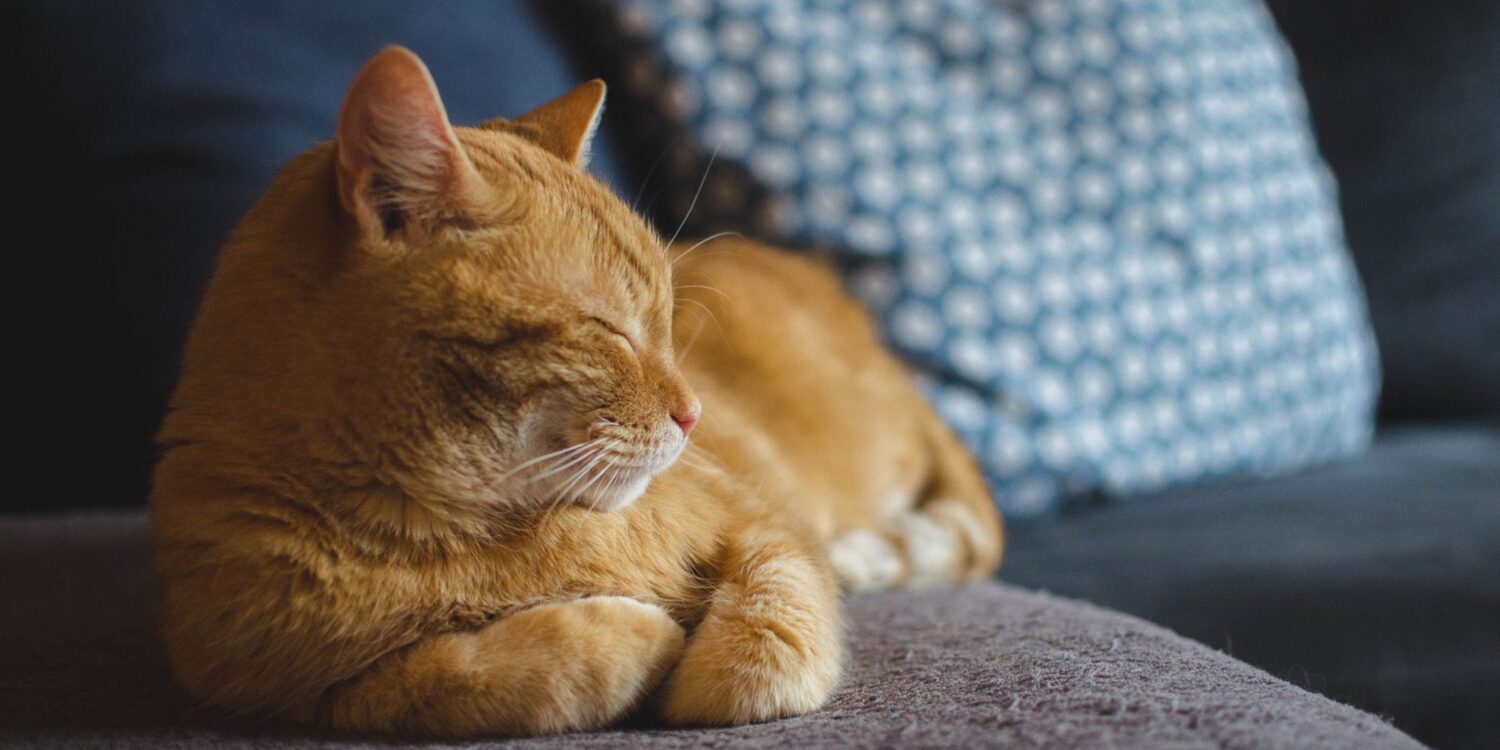 Please find below a piece from our partner charity iCatCare:

Her study highlights the importance of veterinary surgeons building relationships with owners who are struggling to properly care for large numbers of cats. As Kayleigh’s work shows us, allowing owners to be more in control of decisions while feeling supported in the veterinary care for their cats (rather than inspectorate animal welfare organisations removing the cats) can improve the welfare of the cats from within the home. While removing the cats may further improve their welfare, it so commonly leads to owners gaining more cats which creates long-term welfare issues for more cats.

Tell us a little more about yourself

I qualified as a veterinary surgeon from the University of Bristol, UK in 2013. I then built up 5 years of clinical experience, mainly within charity practice at the RSPCA Greater Manchester Animal Hospital, UK. I am passionate about improving the welfare of all pets. Since 2018, I have had the unique opportunity to manage a Blue Cross Rehoming and Advice Unit from its final stages of project development through its first year of opening. It’s been particularly rewarding to build local partnerships and establish our presence in the Radcliffe community in Greater Manchester, UK. I have just stepped into an exciting new role within Blue Cross (a UK animal welfare charity), in which I will focus on optimising rehoming opportunities through clinical partnerships.

What was your inspiration for the study?

In my role as a veterinary surgeon for the RSPCA, I regularly witnessed first-hand the challenges that presented when large numbers of cats were removed from a household following inspectorate intervention. The cats often suffered with high levels of infectious disease such as cat flu and diarrhoea, many were under socialised and so appeared semi-feral in temperament and some had abnormalities associated with inbreeding such as extra digits or stunted growth. Unfortunately, these combined factors often reduced the cat’s chances of being successful in a new home and sadly for many of them, euthanasia was deemed most appropriate to avoid further compromising their welfare. On top of this, a further frustration was that owners would usually go on to acquire more cats in the future and the cycle of being unable to cope would repeat itself, which was demoralising for all involved. It was this experience that inspired me to investigate alternative ways of dealing with multi-cat houses, as there is very little evidence currently available to inform intervention techniques.

What was the aim of the study?

The aim of the study was to investigate whether the welfare of cats within problem multi-cat houses could be improved by promptly collecting and spaying all female cats, combined with providing advice and support from a trusted vet point of contact.

How did you conduct your study?

RSPCA inspectors referred ten multi-cat households with a history of public complaint to the study. As the vet, I then attended these houses to initially assess the overall welfare of each of the cats and the living environment. We created a tool called a welfare score, which was used to measure any potential impact of the neutering, advice and support on the cat’s welfare throughout the duration of the study. It included scoring of evident pain, body condition, temperament and signs of upper respiratory infection (cat flu). On my first visit, I spayed all female cats that were aged over 8 weeks and also provided basic animal care education. I then returned after two and 12 months to reassess the welfare of the cats and to determine if there had been any change in the number of cats within the households.

What were your main findings?

All of the households that were referred by the inspectors were happy to take part and consented to all of their female cats being spayed. 82% of the cats in the study had never previously visited a vet, which shows just how difficult it can be to reach out to these owners in the first instance. When questioned at the initial visits, most of the houses had not intentionally acquired a large number of cats and instead numbers had escalated due to uncontrolled breeding.

A promising finding was that the overall household cat welfare scores showed significant improvement both after 2 months and a year later. At the initial visits there were a total of 176 cats across the ten households, this reduced to 105 cats by the annual revisit, representing a 40% reduction. Three households had voluntarily handed over all of their cats by the end of the study period.

It’s likely that the improved welfare was due to a combination of factors. For example, the voluntary reduction in the number of cats by most owners and the sustained relationship with the vet providing ongoing opportunities for education, discussion and continued motivation for the owner to co-operate.

Was there anything that surprised you?

I was most surprised by the large reduction in the number of cats over the study period. This was especially so because we did not impose this on owners, instead any reduction in numbers was voluntary and led by the owner. Perhaps surprisingly, 80% of the owners felt they were not currently coping with the number of cats and chose to sign cats over to the RSPCA. Giving owners the opportunity to discuss with the vet, how many cats they felt that they could cope with, in a nonjudgmental manner, is likely to have been the key to this success. It shows that this approach may offer promise in tackling multi-cat households by reducing numbers to more manageable levels.

I was also surprised that the owners reported a total of 54 litters passing through their households, or in other words approximately 216 kittens! This is particularly relevant when considering the high volume of cats relinquished to shelters each year in the UK. These households not only need to be considered for the number of cats that they currently own, but also for their potential as contributors to the local owned and stray feline population that is most likely already saturated.

What would be your top tips from the results of your study and who would they be for?

To enforcers of animal welfare and environmental legislation –

Where do you hope the results of this study take you next?

It would be wonderful if more organisations such as mental health charities, social services and environmental health organisations are inspired to link up and work towards a compassionate and sustained resolution programme. This integrated approach would ideally provide support and empowerment for owners, in addition to meeting animal welfare needs.

Further research is required to explore whether the positive changes seen in this study are sustained over longer timeframes. It also needs to be investigated whether there are specific types of owner for whom this approach is more likely to be successful. I hope that more resources are invested into this area of research, with the aim to improve outcomes for all involved; the pets, owners and organisations dealing with the ramifications when numbers spiral out of control.

It’s clear your research tackles issues with the aim of improving the welfare of cats but do cats feature anywhere else in your life?

Cats feature just about everywhere in my life! I have 3 cats of my own: Nala, a 2 year old Siamese cross, Bagheera, a 3 year old black Domestic Longhair and Orli, a 13 year old tabby British Shorthair.  All love to curl up on my knee, usually at the same time and so getting up off the sofa to make a cup of tea can sometimes be a real challenge! I also have regular contact with cats that are looking for new homes through my work with the Blue Cross.

What’s your favourite thing about iCatCare?

This would have to be the incredible education resources that are available on the iCatCare website. This is hugely beneficial to be able to point owners in the direction of further trusted information on everything from general care advice, behaviour and health topics.

Kayleigh works at the Blue Cross – to learn more about their super work, visit www.bluecross.org.uk

Kayleigh’s intervention was targeted at owners of large numbers of cats who were struggling to care for them properly. Learn more about overwhelmed caregivers and other forms of animal hoarding here.

Neutering of the female cats was a key part of Kayleigh’s welfare intervention to prevent the rapid growth of numbers of cats living within the households. Learn more about neutering here.

With the COVID-19 restrictions, vets have only been able to do limited neutering and most practices have been operating at a reduced capacity. It’s therefore important to be proactive in protecting your cats from having unwanted pregnancies. You can do this by keeping unneutered cats inside, unneutered male and female cats that share a home separated and scheduling an appointment to have your cat neutered when your local veterinary practice are able to do so.

A full copy of the paper can be read here