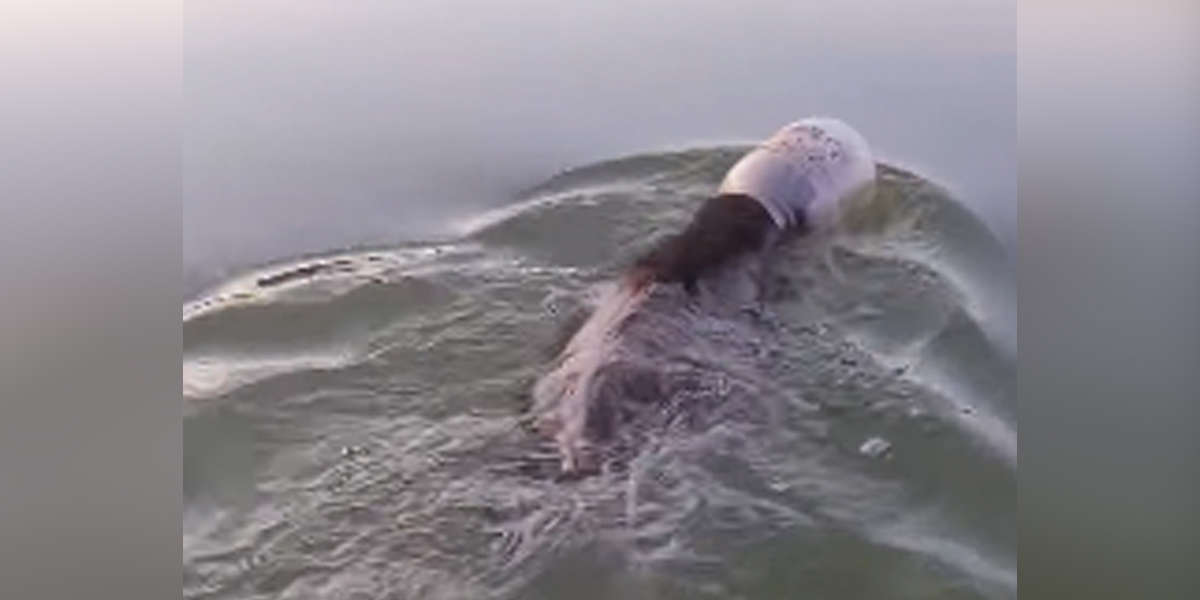 “We still can’t believe this happened.”

The other day, Tricia Hurt and her husband were boating on a lake near their home in Wisconsin when something unusual caught their eye.

There, paddling along in the water ahead of them, was an animal in need of help.

Though it wasn’t clear at first just what kind of animal it was, as Hurt and her husband drew closer, they realized it was a bear. Adding to their surprise was the realization that the bear’s life was in serious danger.

His head was trapped inside a large plastic jar — a death sentence if it wasn’t removed in time.

The bear needed someone to help. And luckily, he’d found them.

“We knew we had to help him as fast as we could,” Hurt told The Dodo.

Here’s video of what happened next:

Thanks to Hurt and her husband’s intervention, the bear was freed — saving his life from a grim fate.

“We were just in awe that we were able to get the bucket off his head,” Hurt said.

Their good deed done, the Hurts watched as the bear continued on his way, now safe and, most likely, very relieved.

“He was able to swim away and make it to shore,” Hurt said. “We still can’t believe this happened.”