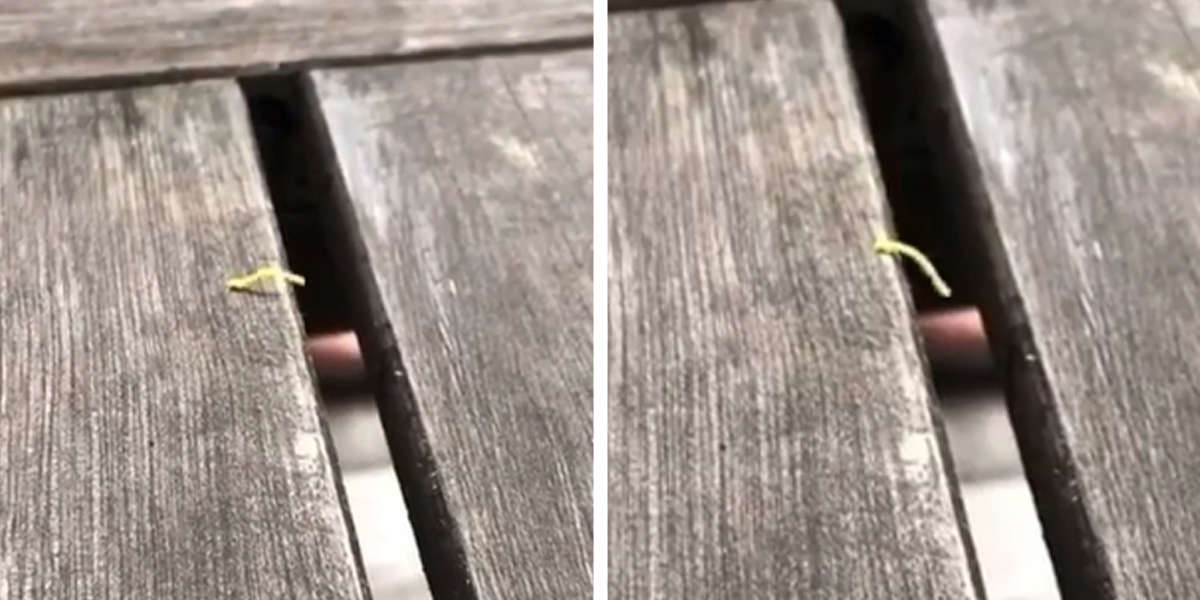 Where there’s a will, there’s a way — and that’s true when it comes to the smallest of animals, too.

The other day, Lucy Pipkins and her friends spotted the tiny inchworm making his way across a wooden deck. Though seemingly simply, it came with some serious challenges for such an itty-bitty traveler.

As Pipkins and her friends looked on, the inchworm came to a small gap in the deck — a daunting chasm from the perspective of a little caterpillar. Yet he faced it bravely.

Those onlookers couldn’t help but cheer the inchworm on as worked to overcome the obstacle he faced — stretching his tiny self as far as he could to make it across the gap.

Sure, it may not have been some big epic feat — but it sure was a tiny epic feat. For people on Reddit, where the clip above was later posted, it was enough to inspire. They cheered him on, too.

“I am so proud of this worm,” one Reddit user wrote. “He has accomplished more than I have today.”

“What a brave boy,” another said.

“This little fellow teaches a great lesson about strength in the face of adversity,” a third added. “No matter your size, nor the size of your problem, there is always a way through.”

In the end, the determined little inchworm’s greatest feat isn’t in overcoming that nearly insurmountable gap in the deck, but rather in inspiring a can-do attitude in countless people many times his size.