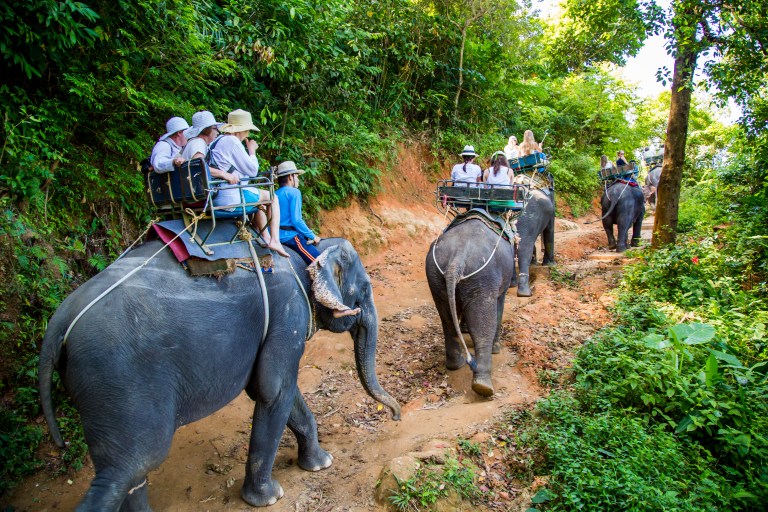 World Animal Protection released footage of an elephant training process called “the crush.” In this method, baby elephants are exploited to make them submissive to tourists.

Baby and adult elephants are used in entertainment around the world, including giving rides to tourists or performing tricks.

“The Crush” is designed to break animals spirits, and according to World Animal Protection, uses cruel techniques including:

World Animal Protection’s Audrey Mealia, global head of wildlife said of the treatment, “We are at a turning point when it comes to our relationship with wild animals.


The tourism industry has come to a halt in the wake of COVID-19 but it will re-build – this is the ideal opportunity to build a better future.

We are calling on the tourism industry to revise their wildlife policies and stop offering exploitative experiences to their customers. Right now, elephants are not being used for riding, bathing, or shows. We’d like to keep it this way.”

The IUCN red list of threatened species places Asian Elephants as ” endangered” and “severely fragmented.” Estimated population stands between 2,500 and 4,000.

Watch the horrible video, below: