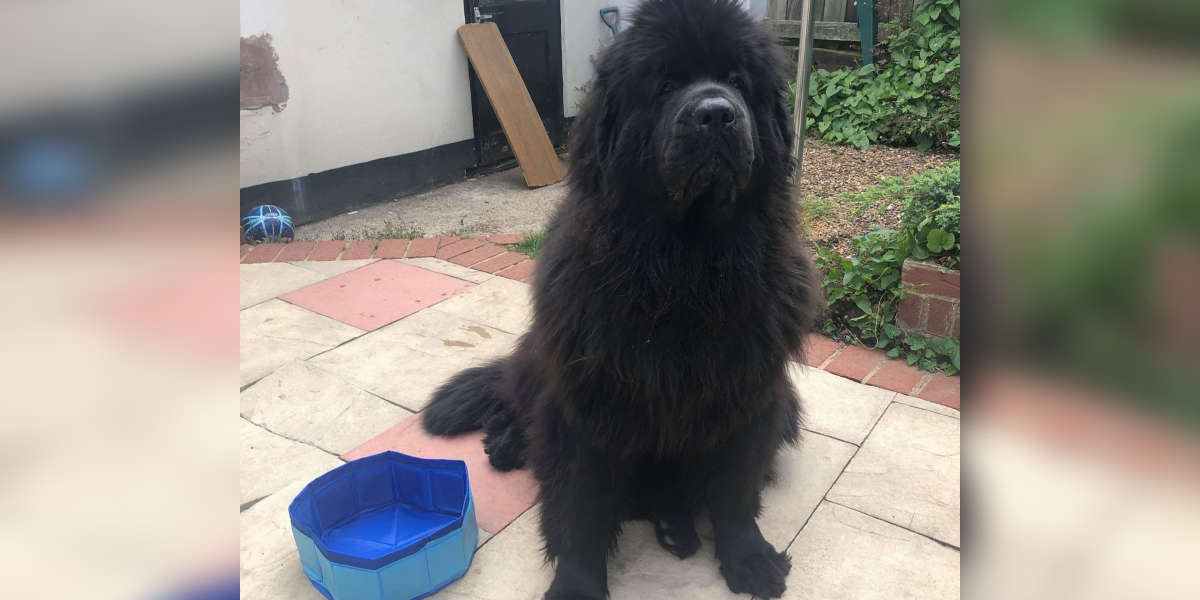 During the summer months, Darcy, a large Newfoundland, loves to cool off by going for a dip in the pond at her local dog park. But on days when the pup’s stuck at home, her mom, Chelsea Sparks, wanted to bring the pond to their own backyard.

“She really enjoys sleeping outside and loves the water,” Sparks told The Dodo. “So we wanted to get her something in the back garden that she could swim and paddle around in to cool off.”

Sparks ordered a blue paddling pool for Darcy and anxiously awaited its arrival. Unfortunately, things didn’t quite go as planned.

“The postman handed it to my stepdad and he was confused about what it was because it was packaged so small and then when we opened it up we were just hysterically laughing,” Sparks said. “I had been pestering him about when this pool was going to arrive as it has been on order for weeks. Then when it arrived and was so small we couldn’t believe it.”

When Darcy saw her new “pool” she couldn’t hide her disappointment. She’s over 100 pounds, so the pool could barely fit a single paw — and the dog’s sad expression posing next to it said it all.

“We’ve been waiting about six weeks for this dog pool to arrive … I guess we should have checked the sizing better,” Sparks wrote on Facebook. “Darcy now has a new drinking bowl … not a pool!”

When Sparks realized her mistake, she immediately ordered another pool — making sure to double-check the dimensions before purchasing it.

Darcy has already forgiven her mom for the mix-up and is doing her best to beat the heat until her new, larger pool arrives.