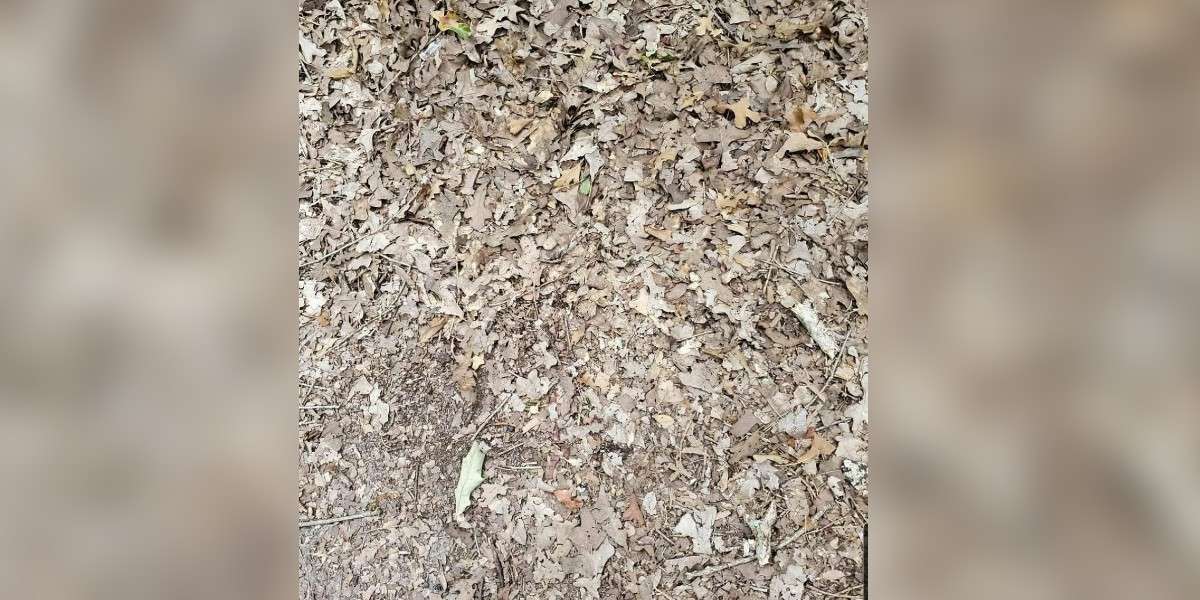 When someone first posted a photo on Twitter with the caption, “Find the snake in 15 seconds,” a lot of people probably assumed the task would be easy — but on closer examination, it’s definitely a hard one.

The photo is of a path covered with leaves and sticks all in shades of brown and tan, with the occasional pop of green here and there. Unfortunately, none of those pops of green are the elusive snake, so spotting him among the sea of leaves is pretty tricky.

Many people on Twitter tried and failed, thinking different squiggles might be the snake only to be later proven wrong.

Eventually, though, a handful of people started to spot the sneaky snake …

… and once you finally find him, you can’t unsee him!

Apparently, the leaf-covered path was the absolute perfect place for this snake to hide, because it took a ton of people on the internet forever to find him. Good job, snake!

Some people on Reddit later identified the snake as potentially being a copperhead. Whatever or whoever he is, he definitely did a good job of stumping everyone and providing some much-needed entertainment.