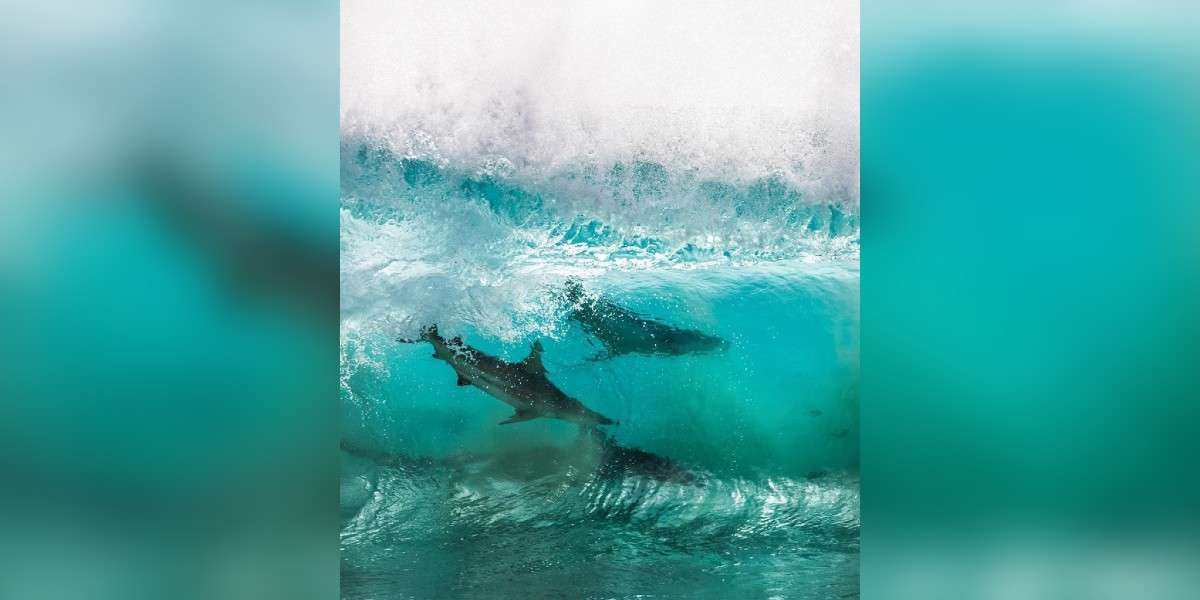 “A lot of people were in disbelief”😍🌊🦈

Sean Scott was hanging out on a beach in western Australia, flying his drone over the water to capture images of surfers, when he suddenly noticed a large group of sharks swimming around together. The group was getting closer and closer to the beach, so Scott decided to pull out his camera and see if he could get a few good close-up shots of the sharks.

Scott had just readied his camera when he saw some of the sharks gliding through the waves, almost as if they were surfing, and it was unlike anything he’d ever seen before.

“I was really surprised,” Scott told The Dodo. “I’ve seen similar smaller encounters go viral on the internet but I had never witnessed something firsthand. I’ve been told how lucky I am to have witnessed it because it is quite rare.”

Scott took as many photos as he could, trying to remain focused despite being in awe of what he was seeing. The sharks surfed the waves in such a graceful way, and there’s no doubt that many of the surfers watching on the beach were a little bit jealous of how effortless they made it look. It wasn’t long before the sharks moved on from their brief surfing adventure, and Scott was so grateful to have seen it at all.

“They didn’t stay in the waves for too long, maybe a few minutes, so I was really lucky to get the photo when I did,” Scott said. “There was a lot going on so I was frantically trying to photograph them from every angle.”

After the initial shock wore off, Scott posted the photos of the surfing sharks online — and people were so amazed, a lot of them thought the pictures might even be fake.

“A lot of people were in disbelief,” Scott said.

Luckily, the photos of the surfing sharks are very real, and Scott can only hope that he’ll get to photograph another amazing encounter like this again someday.