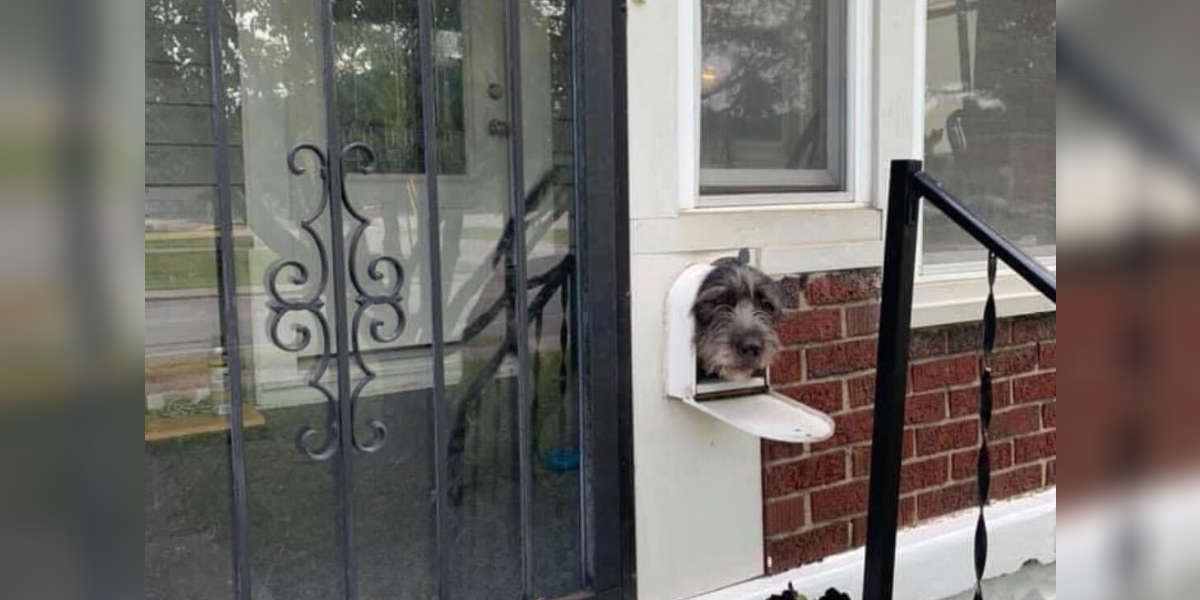 “People often stop on the sidewalk and laugh at the sight of it.”

Having a mailbox built into your porch can be quite handy. For Courtney Poole and her husband Evan, it means they never need to worry about their mail getting lost, and for their 1-year-old dog Rigby, it provides the perfect peephole.

It also gives the energetic pup a way to greet everyone who walks by his door.

“He’s so sweet and loving,” Poole told The Dodo. “He wants to become best friends with every human and animal he comes across.”

Rigby has enjoyed his special mailbox since he was small enough to fit through the opening. “Evan and I would pass him to each other through the mailbox,” Poole said. “Let’s be honest, it’s cute to open your mailbox to a puppy laying in it.”

Now weighing 70 pounds, Rigby can’t fit inside the mailbox anymore, but he’s just the right height to pop his head out the hatch when he wants to catch a glimpse of what’s going on outside.

“There are a lot of people that go for walks with their pets on our street, and he’s always gotten very excited,” Poole said. “He has stuck his head out of it trying to see what’s out there for as long as he could reach.”

“People often stop on the sidewalk and laugh at the sight of it,” she added.

Occasionally, Rigby will even put one of his toys in the mailbox — giving himself a special delivery a few moments later.

Rigby’s appearance in the mailbox can be pretty surprising, and saying hi to the mailman doesn’t always go as planned. “Rigby’s typically only on the porch when we are, which is a few times each day, so he’s only surprised the mailman once,” Poole said. “The mailman was understandably leery and Evan had to move him and back up for our mail to be delivered. It was actually pretty tense for a second.”

Luckily, Rigby and the mailman are on good terms now, so the pup can continue to patrol the neighborhood from the safety of his porch.