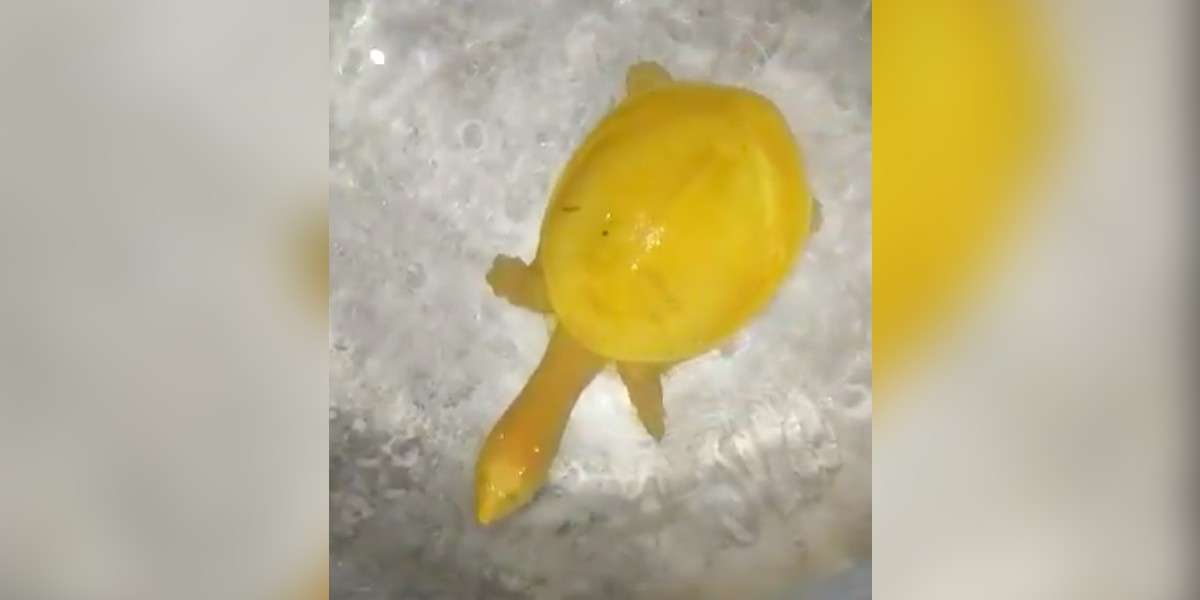 When a group of people rescued a yellow turtle in Odisha, India, they were a little confused. They’d never seen a completely yellow turtle before — and that’s because it’s a pretty rare phenomenon.

The turtle was turned over to the Indian Forest Services (IFS), who at first were just as confused as his rescuers, but eventually came up with a theory.

The turtle is a very bright yellow from head to toe, and the most likely explanation for his coloring is albinism. Albinism often causes an animal to be completely white, but sometimes non-mammal albino animals can be different colors — in this case, yellow.

“Most probably it was an albino,” Susanta Nanda, an IFS officer, wrote in a post on Twitter. “One such aberration was recorded by locals in Sindh a few years back.”

Most probably it was an albino. One such aberration was recorded by locals in Sindh few years back. pic.twitter.com/ZHAN8bVccU

The adorable yellow turtle was very lively when he was first rescued, swimming around in a little tub of water, and he’s quite a sight to see.

The yellow turtle is definitely rare but seemed to be doing OK when he was rescued, and everyone who’s gotten to see and care for him definitely feels lucky to have witnessed such a unique, unusual little turtle. He’ll be staying with forest department officials for now, who will make sure he stays safe and healthy until they figure out the best place for him to go.