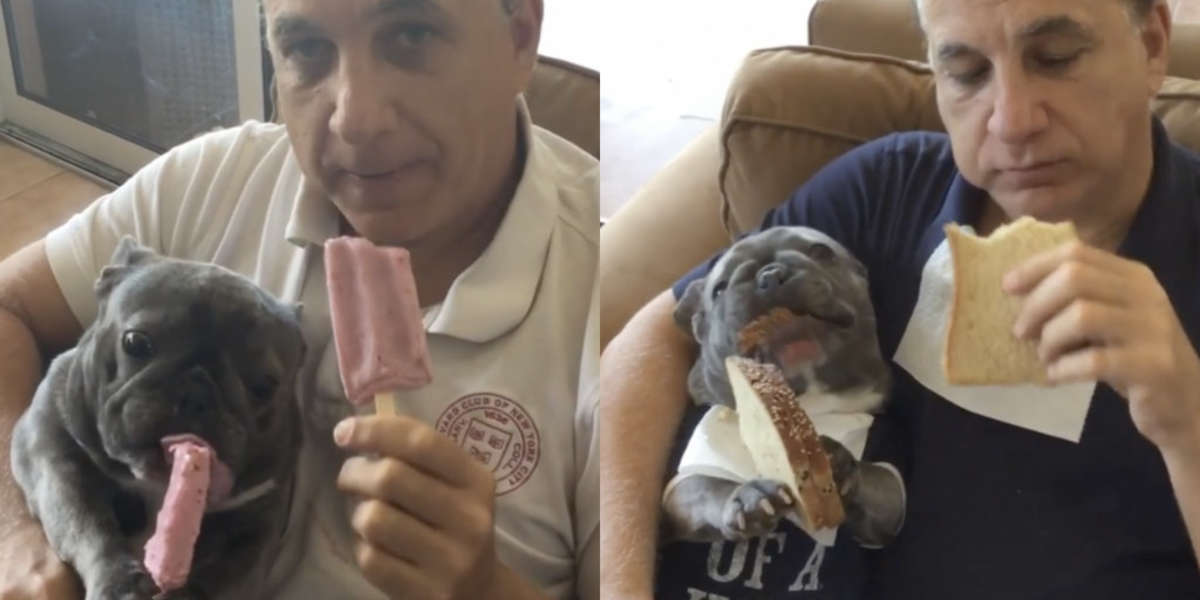 Even though Bluenjy was born deaf, he’s never seemed to notice that he’s different from any other dog.

“I don’t think he knows he is deaf since he was born this way so it hasn’t really affected him much,” Sunny Oshan, Bluenjy’s mom, told The Dodo. “I do think it contributed to him using his paws and other senses more because he is deaf.”

Ever since he was a puppy, he’s loved to use his paws to try and grab things. He even uses them to hold and eat snacks, and it’s definitely one of the cutest, most unique things about him.

“He just started grabbing things out of my hands when I held him early on when he was just a puppy,” Oshan said.

Bluenjy is very close with both his parents, and one of his favorite activities to do with his dad is getting all snuggled up in his lap and then having snack time together. It’s so cute to watch, so one day, the couple decided they had to film Bluenjy’s snack time for the world to see.

Bluenjy and his dad eat all different kinds of snacks together, from Popsicles …

… to watermelon, which happens to be Bluenjy’s absolute favorite.

As soon as the couple started posting videos of all the different snack times, people immediately fell in love with the adorable pair, and couldn’t get enough of watching Bluenjy snacking with his paws like a mini human.

“We wanted to make people happier and uplift their spirits during these intense and uncertain times,” Oshan said.

Bluenjy absolutely loves having snack time with his dad, and is more than happy to share his joy with the rest of the world.