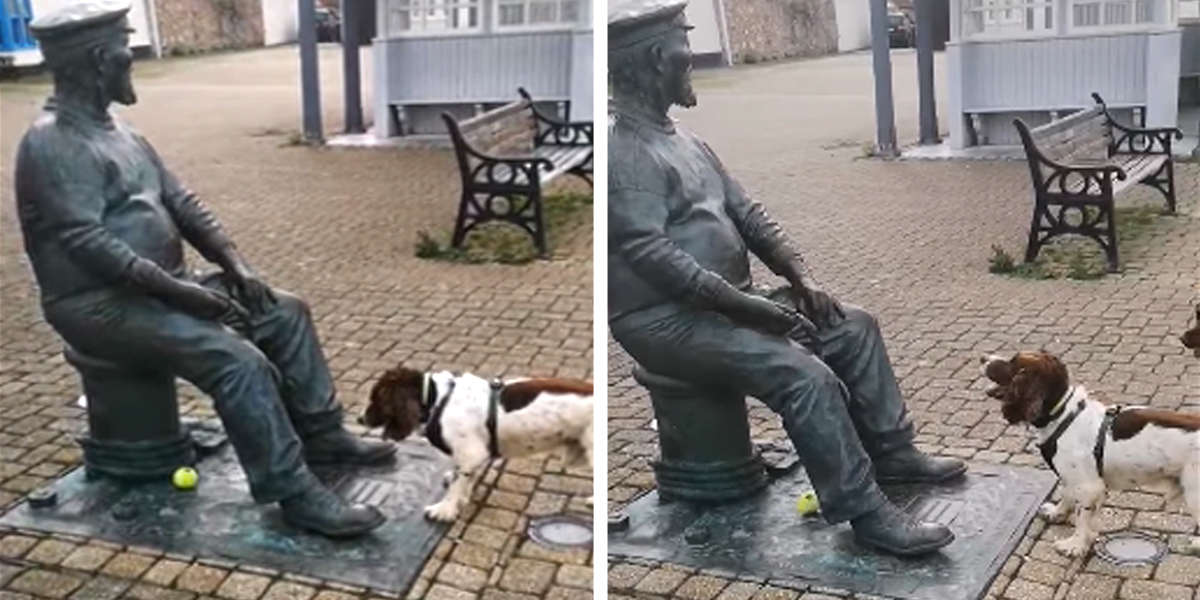 “He has been known to accost people for ages if he thinks they will throw a ball or stick for him.”

Chester’s favorite game is the furthest thing from complicated — he hands you his tennis ball, and you throw it for him. Got it?

The fun-loving pup is hardly particular about who he picks to play fetch with. But unfortunately, Chester recently chose a partner who was particularly dense.

A couple of weeks back, Chester was out for a stroll with his owners along Watchet Harbor in England when he spotted someone sitting idle, appearing to have plenty of free time for a quick game of “toss the ball.” That someone, however, was actually a statue of a seated fisherman.

Chester evidently had no idea.

While his family looked on, Chester proceeded to bait the statue into a game of fetch — not realizing the “man” wasn’t nearly as spry as he looked.

Not one to give up so easily, Chester kept on trying.

Eventually, thanks to Chester’s owner placing the ball in the statue’s lap, the “man” did end up tossing the ball — well, sorta. And sure enough, that was enough to have Chester keep trying.

Chester loves fetch, and he’s not one to judge.

“We call him Mr. Sociable,” Debby Taylor, Chester’s owner, told The Dodo in an earlier interview. “He will do that to anybody, and has been known to accost people for ages if he thinks they will throw a ball or stick for him.”