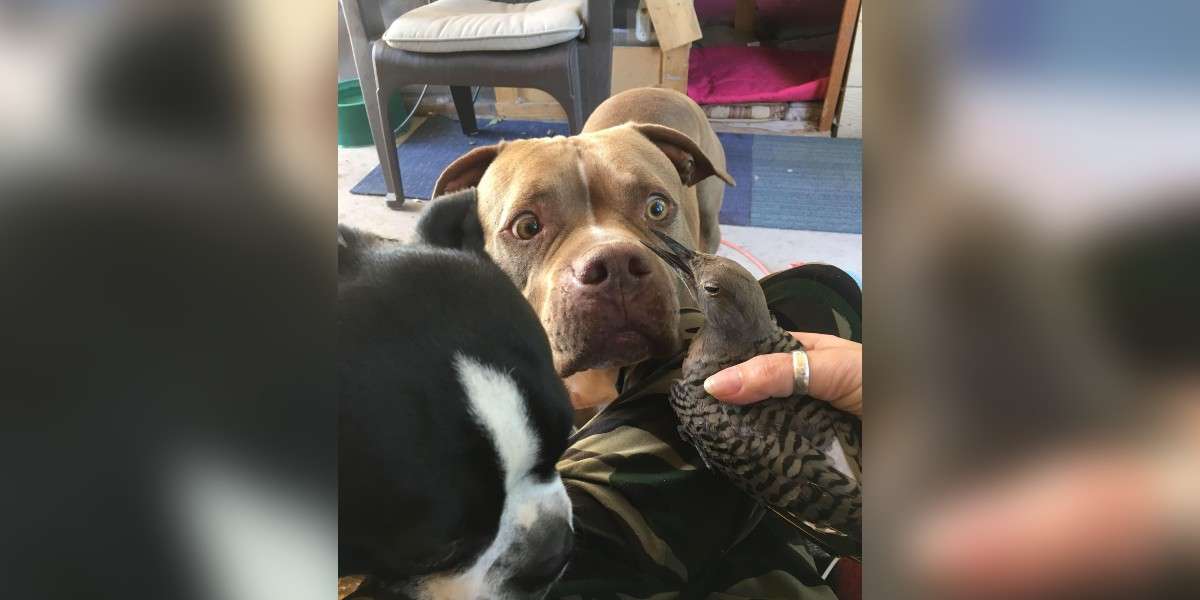 He was so happy when she finally woke up 😍😭

Charlie’s family rescued him two years ago, and they’ve come to know him as one of the sweetest dogs around. He’s a very gentle soul who cares a lot about the people around him — so when Charlie saw a bird fly into a window and fall to the ground, he immediately sprang into action.

“He found the bird right after she flew into my living room window,” Elizabeth Houston, Charlie’s mom, told The Dodo.

Charlie could see that the bird wasn’t moving and needed help, so he gently picked her up in his mouth, brought her over to his mom and dropped the bird in her lap. Then, he waited. He refused to leave his mom’s side as she held the bird, and he watched her intently, waiting for the bird to wake up.

“He and my Bostons kept a close eye on me and the bird the whole time,” Houston said.

Finally, the bird woke up and started chirping — and Charlie was so excited, he couldn’t believe it.

“The look on Charlie’s face was priceless,” Houston said.

Charlie was so happy to see that his bird friend was all right, thanks to his quick thinking. Once Houston was sure that the bird was completely OK, she released her back into the yard, and Charlie was by her side as he watched his new friend fly away.

Charlie was so concerned after he saw the bird fall that he had to make sure she got the help she needed, and his family hopes that his story will help people see how sweet pit bulls really are.