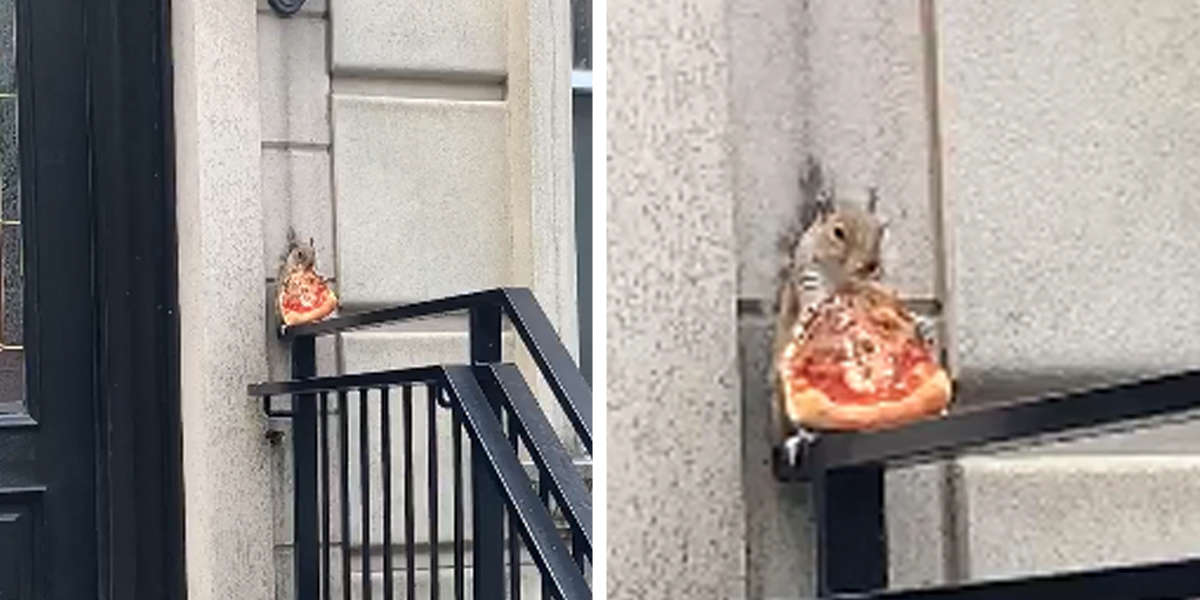 The heart wants what it wants 🍕🍕🍕

The other day, while walking near his home in New York, Sheyne Lee Benoit spotted a love affair for the ages underway on the stoop of a building.

The characters in this heated romance? A chubby squirrel and a dearly beloved slice of pizza.

How the squirrel and slice of pizza found each other is anyone’s guess — but it was obviously love at first sight.

As Benoit looked on from afar, the squirrel dug into that alluring slice, exhibiting not an ounce of shame that anyone might be watching.

There are few details to glean from the video, aside from the fact that the squirrel appears none-too-eager to share his true love. Noticing that Benoit possibly seemed interested in the slice too, he moved their little tryst farther out of reach.

The hearts wants what the heart wants — and clearly in the squirrel’s case, that was pizza.