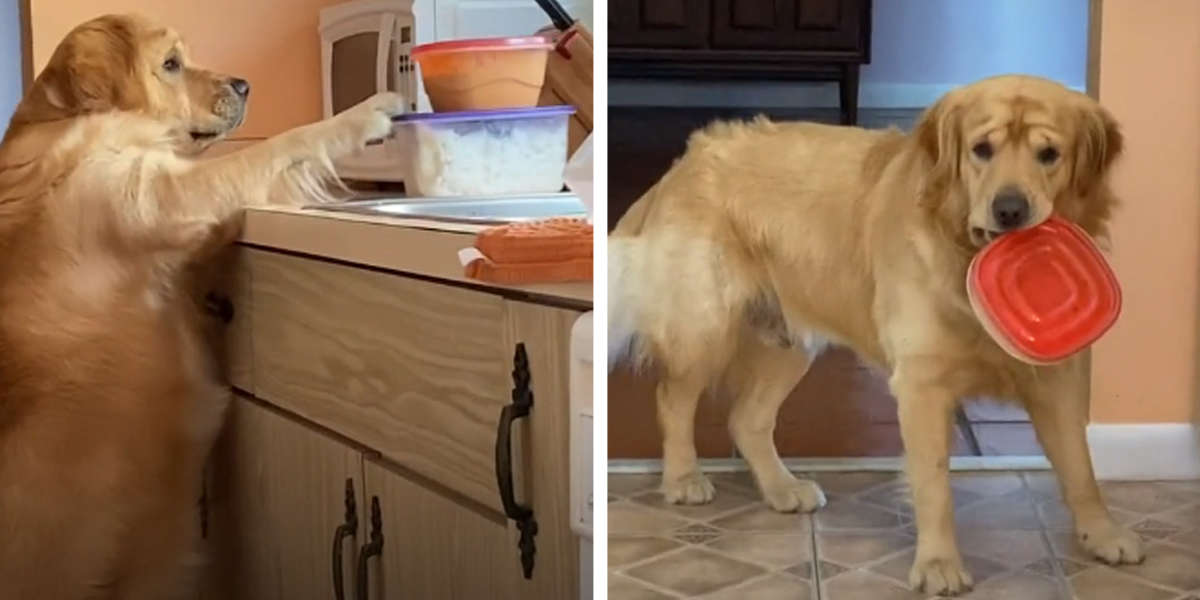 This adorable dog named Luke is good at a lot of things — like making people who meet him smile. What Luke isn’t so good at, however, is being a sneak.

But that doesn’t stop him from trying.

The other day, Luke’s owner, Traci Grimsley, was working on her computer in the kitchen when her pup evidently hatched a plan.

There, on the kitchen counter, was a container of tasty food that Luke just had to have. And despite the fact that Grimsley was in the room, Luke went for it.

“I was facing the opposite way, so he didn’t think I was paying attention,” Grimsley told The Dodo.

The pup had been caught red-pawed — and he knew it.

“I wasn’t surprised that he tried to get the food, but I definitely didn’t think he’d be able to reach that far back!” Grimsley said. “I have to push everything back on the counter as far as I can.”

Sure, Luke’s plan had failed. But don’t feel too badly for him.

“He had just eaten his dinner,” Grimsley said. “He intentionally does things that he knows will get a rise out of me if I’m doing something that doesn’t involve him. He is like a permanently mischievous toddler.”