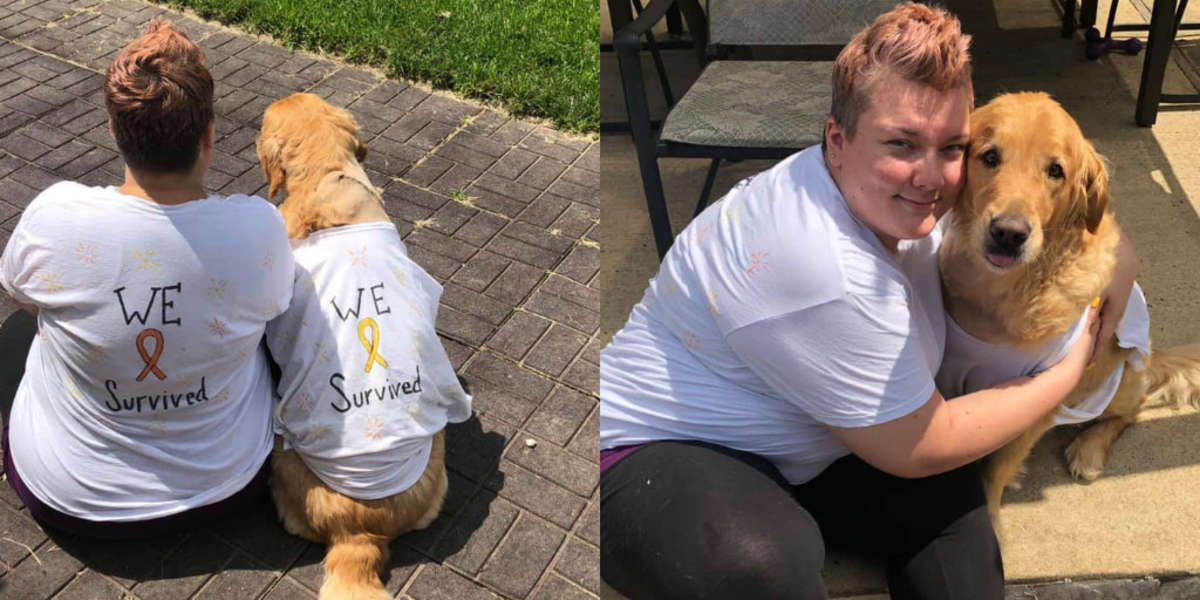 Samantha Casson and Lily both joined their family around the same time. Casson and her husband started dating right when he and his parents brought Lily home, when she was just a puppy.

“She has always been spunky and full of life,” Casson told The Dodo. “Since then, we have been through a lot!”

They’ve been together since the very beginning — but no one ever imagined that they’d also be battling cancer together.

Last summer, Casson was diagnosed with APL leukemia. After spending a month in the hospital, she came home and began eight long months of outpatient chemotherapy. Through it all, Lily was there for her, even on the days when things were so hard.

In March, Casson found out she was in remission — and not long after, Lily and another family dog, Buddy, were also diagnosed with cancer.

Unfortunately, Buddy’s cancer was extremely aggressive and he didn’t make it, but Lily continued to fight. After Lily was there for her, Casson made sure she was there for Lily just as much. Two weeks ago, after undergoing two different surgeries, Lily was finally declared cancer-free.

“She still has a lot of recovering to do, but is acting like herself and cannot wait to run and play fetch,” Casson said.

After everything they went through together, Casson wanted to mark the occasion somehow. She decided to make herself and Lily matching shirts that say “We survived,” to showcase exactly how far they’ve come.

“Lily and I came into the family at the same time, and now we have beaten cancer just months apart from each other,” Casson said. “It certainly makes me feel even closer to her because I can’t imagine going through this and not being able to tell people how I feel or when I’m in pain. I decided to make the shirts so that we could celebrate together and show our strength.”

Lily and Casson have been through so much together over the years, and now that they’ve beaten cancer together too, there’s absolutely nothing they can’t overcome in the future.

“I just wish we could have celebrated with Buddy, but I know that he is always with us, and we can honor him with the years of life that Lily and I have left,” Casson said.