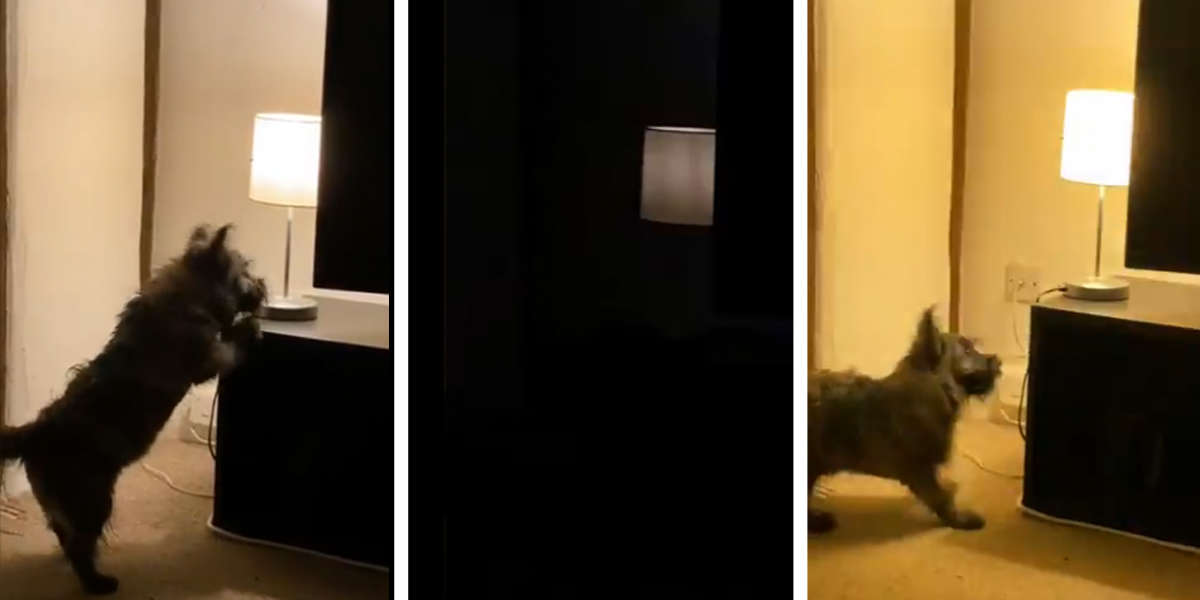 This is Slug — an adorable little dog who, up until recently, likely never thought of herself as being too different from the rest.

But then she discovered her godlike power.

The other day, Slug was hanging out at home when, by chance, her supernatural abilities were revealed. It all began when a fly got into the house and landed on a lamp. A touch lamp, to be specific.

Slug gave chase, coming into contact with the lamp in the process. Suddenly, it was dark. Touching the lamp again, it was light.

The little dog quickly forgot about the fly — focusing instead on her newfound superpower.

Having supremacy over both light and dark seemed to go to Slug’s head.

“She just kept going back and turning it on and off throughout the evening,” Natalie Hart, the dog’s owner, told The Dodo.

It was more power than a mere mortal pup could handle.

This went on for about an hour.

But though Slug might have imagined herself as some furry deity, capable of casting the world into darkness on a whim, it didn’t command the respect she’d expected.

“I was just laughing at her,” Hart said, noting that Slug’s typical hijinks are more down-to-earth. “She’s usually busy climbing into flowerpots.”

Fortunately, the dog eventually put her awesome powers to rest, apparently having flexed them long enough.

It may have revealed a slightly maniacal side to Slug — but her owner still loves her all the same.

“She really knows how to brighten up my day,” Hart said.