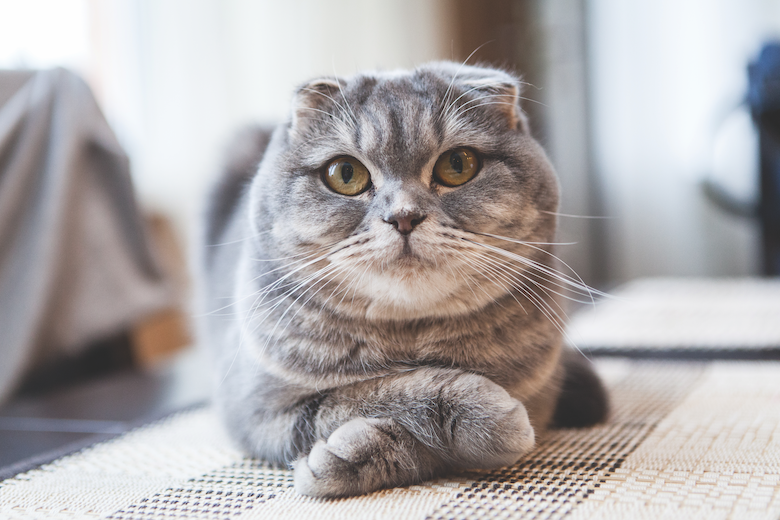 The name says it all when it comes to the Scottish Fold. As you
may have guessed, the adorable cat with the doubled-over ears originated in Scotland. Since 1961, when William Ross first fell in love with the breed after seeing the first known Fold on a farm northwest of Dundee, the charming breed has won over fans from Taylor Swift to Ed Sheeran, with some of the adorable cats garnering followers on YouTube and Instagram.

If you’ve seen the pictures of TayTay with her feline friends Benjamin, Meredith and Olivia, or have followed some of the more famous of the Instagram Folds (like @lordscottishfold, @millathecat or @superhirocat, to name just a few), you know that some of the best words to describe the Scottish Fold include “pixie,” “owl” and “teddy bear.” But really, the first impression of this sweet cat is all about the word “round”: round eyes, round face and compact, rounded body. 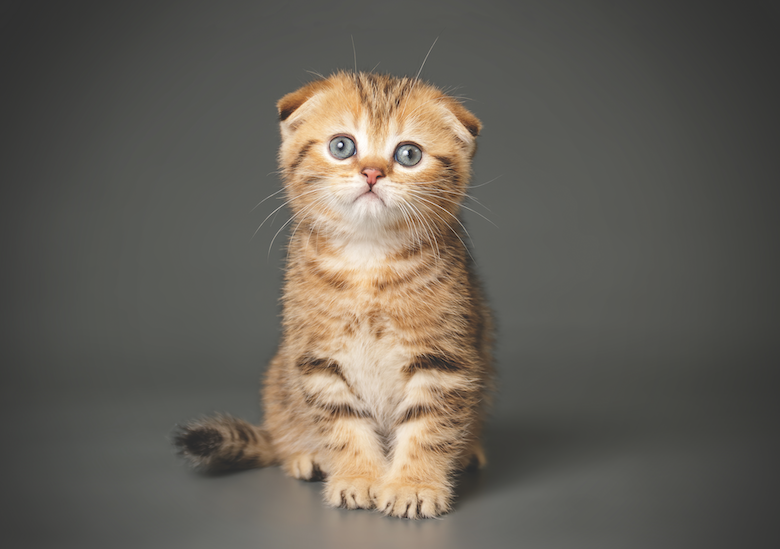 The cat owes many of her soft edges and gentle curves to the two breeds commonly used as outcrosses by Scottish Fold breeders: the American Shorthair and the British Shorthair. Still, the Scottish Fold has a look all her own, and not only because of her ears.

As Diane Craft, a breeder from California, explains, “Scottish Folds are not a 100% folded-ear breed. They come in two types: folded ear and straight ear.”

The distinctive folded ears are the result of an incomplete dominant gene, which in turn was the result of a spontaneous mutation (traced back to that small town in Scotland in 1961). In fact, all Scottish Folds are born with straight ears, and the “folds” don’t show themselves until the kittens are 3 to 4 weeks old. On average, a litter of Scottish Fold kittens will have half folded-ear kittens, and half straight-ear kittens. The degree of the fold can vary from cat to cat, but typically the ears are small, with the fold going forward and down on the cat’s head. And while the cats with folded ears are certainly popular, the ones with straight ears have just as much to offer.
According to the Cat Fanciers’ Association, the Scottish Fold (both with or without folded ears) is medium in size with (wait for it) a rounded body; large, broadly spaced eyes (and yes, they’re round); a short nose that gives the cat a gently curved profile; and well-rounded whisker pads. The cat’s legs and tail are medium in length. As you may have surmised, there is nothing extreme about a Scottish Fold beyond her special ears.

The breed’s coat can be short or long, and comes in a rainbow of colors and patterns. “Scotties come in most all colors: calico, tabbies, bi-colors and solids,” Diane says. The International Cat Association (TICA) accepts the pointed color, which is quite stunning. 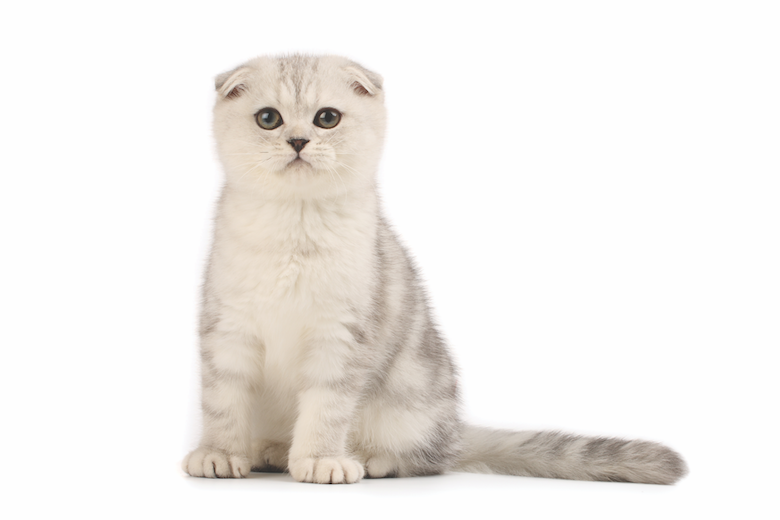 Go with the flow

While the Scottish Fold’s signature appearance certainly earns a first look, the cat’s affectionate nature and easy-going approach to life captures almost everyone’s attention. Diane describes the cat as sweet, gentle and on the quiet side.

“The energy level of the Scottish Fold is medium — they are not hyper, and they are not couch potatoes,” Diane further explains. The breed loves to play and seems to stay young at heart no matter her age.

To go along with her unique ears, the Scottish Fold has some distinctive quirks. Many Folds will sit back on their haunches in a “prairie dog” position, especially if they hear an unfamiliar noise or want a closer look at something above typical eye level. The cat also seems to enjoy sleeping on her back, with her feet in the air — perhaps an outward expression of her calm, laid-back personality.

That calm nature helps the Scottish Fold adapt to almost any situation.

Mostly, the friendly Scottish Fold loves people. “They enjoy attention and are not usually shy with strangers,” Diane says. “Affectionate without being ‘pushy,’ they make ideal pets.”

Something to think about

Truly, the Scottish Fold fits well in almost any home, making a perfect addition to a house full of children or that of a quiet couple. However, potential owners should keep in mind that the unique genetic mutation that gives the breed her sweet appearance can also lead to health issues.
For that reason, the Cat Fanciers’ Association recommends that potential owners gently examine a Scottish Fold for flexibility of the cat’s tail, feet and legs. Thickness, lack of mobility or splayed toes can be signs of a painful arthritic condition. Reputable breeders are highly aware of this condition and exercise strict standards to avoid passing the condition to their litters. Still, potential owners should be observant and aware.

When bred carefully, the Scottish Fold lives a long, healthy, happy life — and brings a lot of joy to her home.