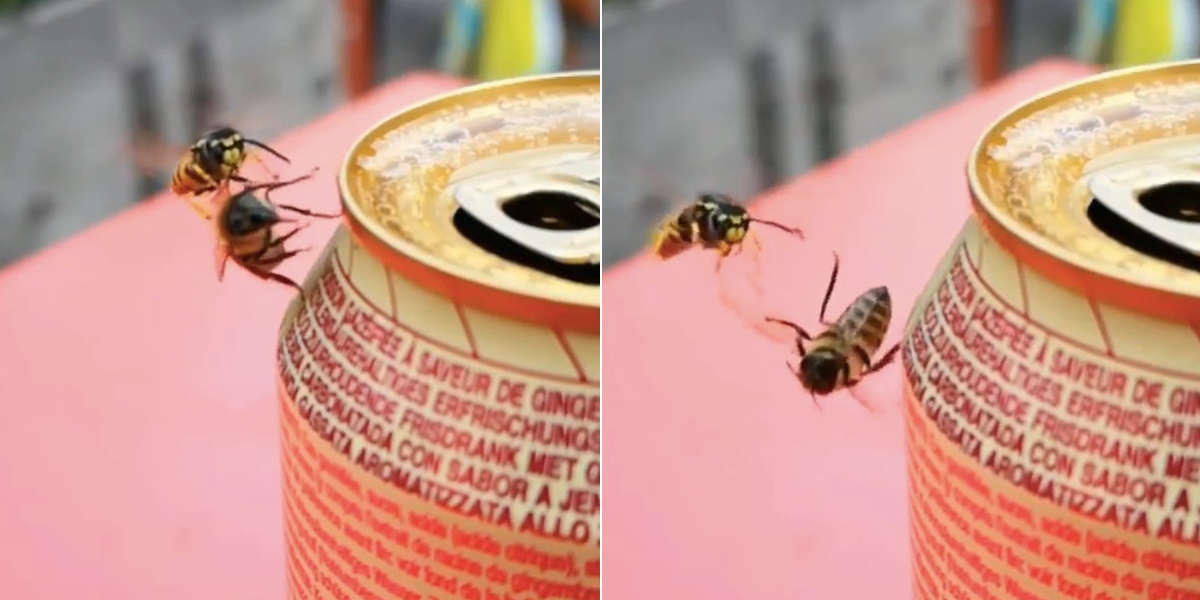 Sarah Gorgerat was enjoying a drink outside at a restaurant when she witnessed a brawl right in front of her.

The fight was over a sip of her ginger beer, which attracted both bees and wasps.

“They came to drink the sweet beverage,” Gorgerat told The Dodo. “We were testing the camera on my new phone and it was really a coincidence [that] we filmed this scene.”

Yellowjacket wasps and bees do not get along. While bees can attack when provoked, wasps are more aggressive predators.

And even though there was plenty of room for both insects on the ginger beer can, when the wasp saw that the bee had what he wanted, he decided to stake his claim.

“Wasps are always very aggressive while bees are not,” Gorgerat said. “And this video just demonstrated that wasps … cannot share.”

In the video, the wasp flies at the unsuspecting bee, and with one knockout punch, effortlessly throws the bee from the can.

Gorgerat had front-row seats to the entire wrestling match. “I never saw a fight like that before,” Gorgerat said.

According to Gorgerat, the bee was not harmed and flew away to let the wasp drink in peace. But the bee wasn’t the only one scared away.

“I took another sip, but we let them drink from our cans,” Gorgerat said. “They were really annoying because we couldn’t enjoy our drinks.”