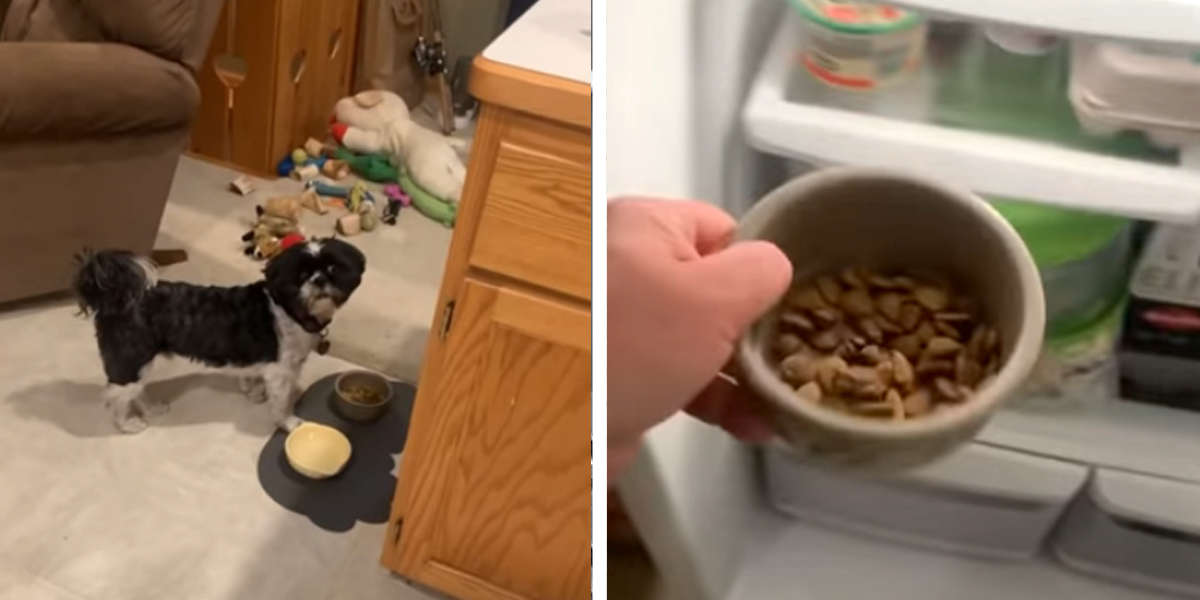 “I was genuinely surprised that it worked” 😂

The best foods are made with love — just ask this little dog named Nitro.

Lucky for Nitro, his dad found a simple way to add a dash or two of that special ingredient to his pup’s meals.

Nitro is far from a culinary snob, but sometimes a bowl thoughtlessly filled with dog food doesn’t quite spark his appetite. On those days, the little dog wants something special.

“Nitro hasn’t always been a picky eater, he just has his moments,” Zach Shepard, Nitro’s owner, told The Dodo. “He knows the really good food comes from the refrigerator.”

But, as Shepard recently discovered, what makes food good in Nitro’s eyes isn’t actually the food itself. Instead, it’s more about perspective — something that’s surprisingly simple to improve for the pup.

Now, when Nitro gives his dad a “this again?” look, Shepard adds a sweet step to the feeding routine to make his dog’s meal seem all the more tasty.

He picks up the boring bowl of food, places it briefly in the refrigerator, and it magically comes out so much more delicious!

Here’s video of that process in action:

“I was genuinely surprised that it worked,” Shepard said.

Given that “people food,” associated with the fridge no doubt, isn’t always good for dogs, Shepard’s solution is a much better fit.

The little dog seems to have no idea why his food tastes so much better after passing through the fridge, but the answer is clear. Love, in this case, is the secret ingredient.