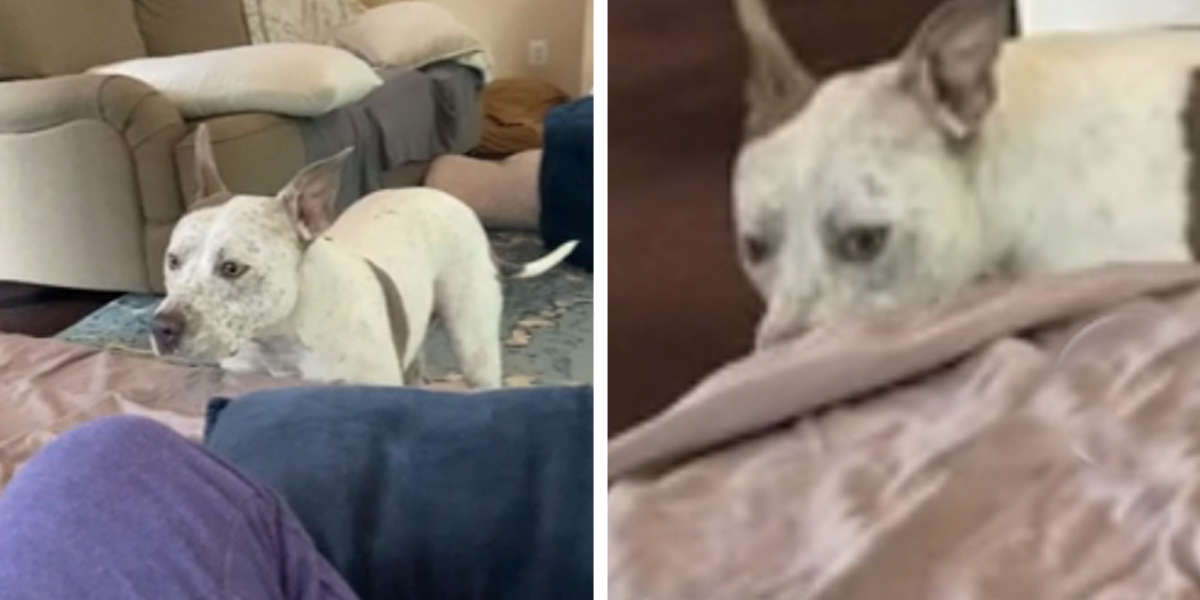 “I didn’t really think her plan would work, but it does — every time.”

Especially when it comes to sharing the couch.

Kilo and Gypsy are both rescues who live at home with their owner, Holly Suarez. There, one of their favorite things to do is lounge with Suarez whenever she’s sitting down on the sofa. The spot closest to her is their very favorite.

“Who wouldn’t want to be by Mom?” Suarez told The Dodo.

But when Gypsy is first to claim that prime spot, Kilo found a clever way to free it up for herself.

Using a bit of trickery, Kilo lures Gypsy away from the spot under the pretense of playtime — only to pull the ol’ switcheroo.

Here’s video of Kilo in action:

“The first time it happened, I thought, ‘What just happened? Did Kilo really just trick Gypsy? Dogs don’t do that, do they?” Suarez said. “I didn’t really think her plan would work, but it does — every time.”

This has been happening for years now. But Gypsy has yet to catch on.

Just as Kilo had hoped.

Fortunately, Gypsy never seems too bummed out about having been duped by Kilo — perhaps because she doesn’t realize she has been.

“She’s a bit bummed that Kilo doesn’t actually want to play, but I either end up playing with her or she just jumps right back on the couch like nothing happened,” Suarez said.

In truth, the couch is actually big enough for the both of them, as much as Kilo would like to believe otherwise.

How the little sibling rivalry plays out, just to be closest to Mom, is actually a sweet reminder of how much they care for her. Still, Suarez makes sure that they both get equal time in their favorite spot on the couch alongside her.