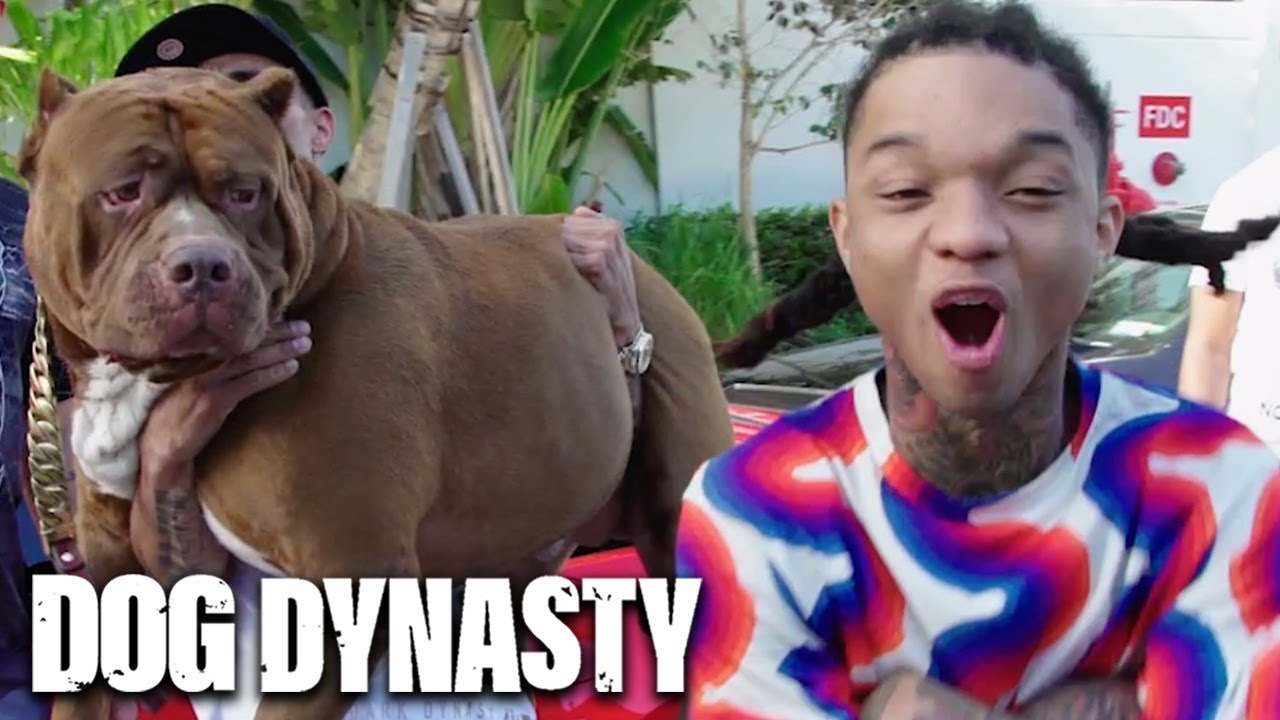 THE WORLD’S biggest pitbull Hulk has met his latest celebrity fan – hit US rapper and singer Swae Lee. Hulk met the star when his owner Marlon Grennan – the owner of New Hampshire protection dog breeders DDK9s – took him on a working trip to Miami. After dropping off a puppy at the residence of American Football star Maurkice Pouncey, from the Pittsburgh Steelers, Marlon and Hulk paid a visit to Swae Lee, where the star engaged in a tug-of-war with the 175lb pitbull. The action takes place in Season 4 of Dog Dynasty, the hit series that follows the fortunes of Marlon, Hulk and their extended families. Dog Dynasty appears on Facebook, Snapchat and Barcroft TV’s animals YouTube channel, Beastly.