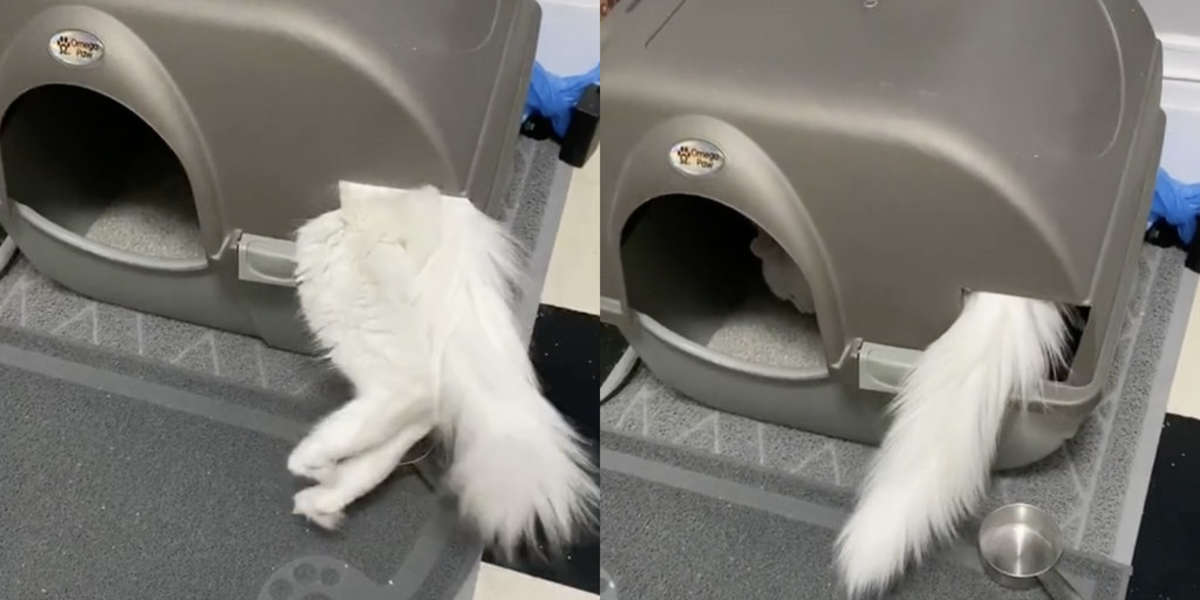 Ever since her mom adopted her last March, Gucci has proven herself to be an incredibly goofy cat.

“She is really goofy and silly, always wanting to make people laugh, and typically doing something she shouldn’t be doing,” Leah Madley, Gucci’s mom, told The Dodo. “She is a great mix of goofy/cuddly. She is also very vocal — she will announce when she is going to eat, drink or use her litter! She loves conversation.”

One day, Gucci and her mom were hanging out when Gucci decided she needed to use her litter box. She walked over to it, but instead of going through the main door she tried something new — and squeezed herself through a hole on the side instead.

When Madley saw Gucci squeeze through the scoop hole, she was so amused and also confused. She’d never seen her do that before, and couldn’t figure out why she’d suddenly forgotten how to properly enter her litter box.

“The first thing I did was turn my camera on so I could show my mom and sister,” Madley said. “I always have my camera ready when Gucci is awake, because she is always doing something funny. I was in shock, and I laughed about it all night.”

After recording the incident, Madley couldn’t stop laughing at her very silly, very weird cat. Gucci, however, didn’t see what the big deal was. From her perspective, she was just being inventive.

“She acted like it was normal,” Madley said. “She definitely wasn’t impressed with me laughing at her.”