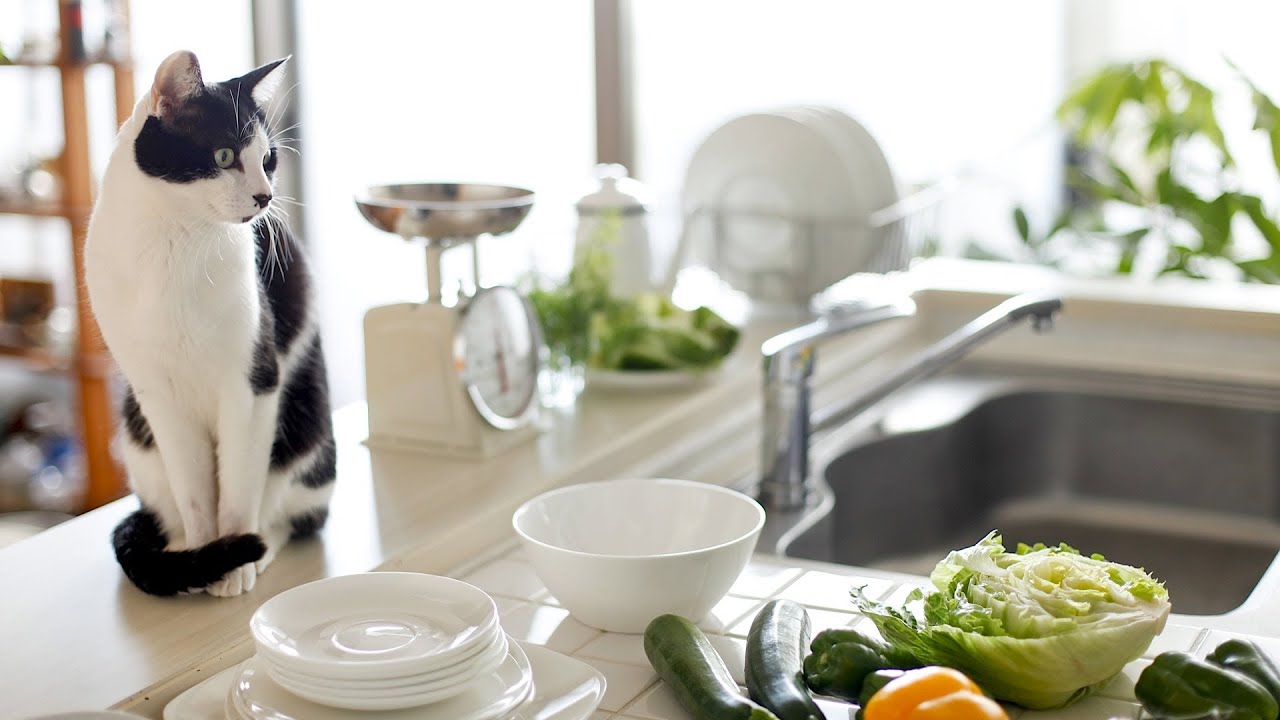 Watch more How to Take Care of a Cat videos: http://www.howcast.com/videos/514835-How-to-Keep-Your-Cat-Off-Counters-Cat-Care

One of the most common complaints that cat owners have is their cats being up on counters and tables. We shouldn’t be surprised that cats do that because they really like levels. In their normal lives, they normally jump up and down at all sorts of heights and they like to hide up there as well. Not to mention the fact that those cats that like human food often get intermittently reinforced which is the gambling effects for getting up on those counters.

That means that they’re most likely to continue to do it. So, if you want to teach your cat to not get on the counters, there’s two major things that need to happen. First, you have to make the counters unattractive and second, you need to make other elevated areas and explorable holes available for your cat so that they’ll explore those areas instead.

So, let’s talk about the first one, making the areas unattractive. The first thing is make sure to clean up any food or cat treats that you leave on the counter. If your cat is getting up and getting treats when he’s on the counter, he’s going to keep doing it no matter how often you might try to punish him. The second thing is, really try to resist the temptation to push your cat off the counter or to hit your cat or yell at your cat when they’re on the counter.

Remember, they’re performing a normal behavior, so it’s nicer for you and for your relationship if you show them that the counter top isn’t a really awesome place to be regardless of whether you’re present or not. Otherwise, they’ll just get up there when you’re gone. So, if you’re looking for ways to make the counter less pleasant for your cat then one option would be to use some upside down sticky tape. When you use that if the cats get up, it will feel uncomfortable on their paws, but it won’t be abruptly scary.

Another option is to use some tin foil. It feels weird on their paws and it also makes a tiny crinkling sound. While some cats really like that sound, many others don’t want to walk on it. They also make a motion detector that will spray air at your cat when they break the beam. This is a really good punisher, but unfortunately it’s also very scary. So, I would hold off on using that if at all possible.

In addition, stay away from the spray bottles and instead teach your cat to come away from the counter tops on your queue. In addition, you’re going to want to make sure that those other levels in your home are really cat friendly. Put up a bunch of blankets, leave treats in special areas where you think your cat is interested in frequenting and then what you’ll find is your cat will seek those areas out over your counter tops. That way you’re both happy. Your counter’s clean and your cat gets to explore his environment in a normal way.

How to Keep Dogs From Destroying Trees & Bushes : Dog Care 101
How to Add a New Receiver for DogCare Dog Training Collar TC-05
As forests shrink, mammals are stressed out— with possible fallout for humans
How kangaroos could be jeopardising conservation efforts across Australia
Cat Grooming 101