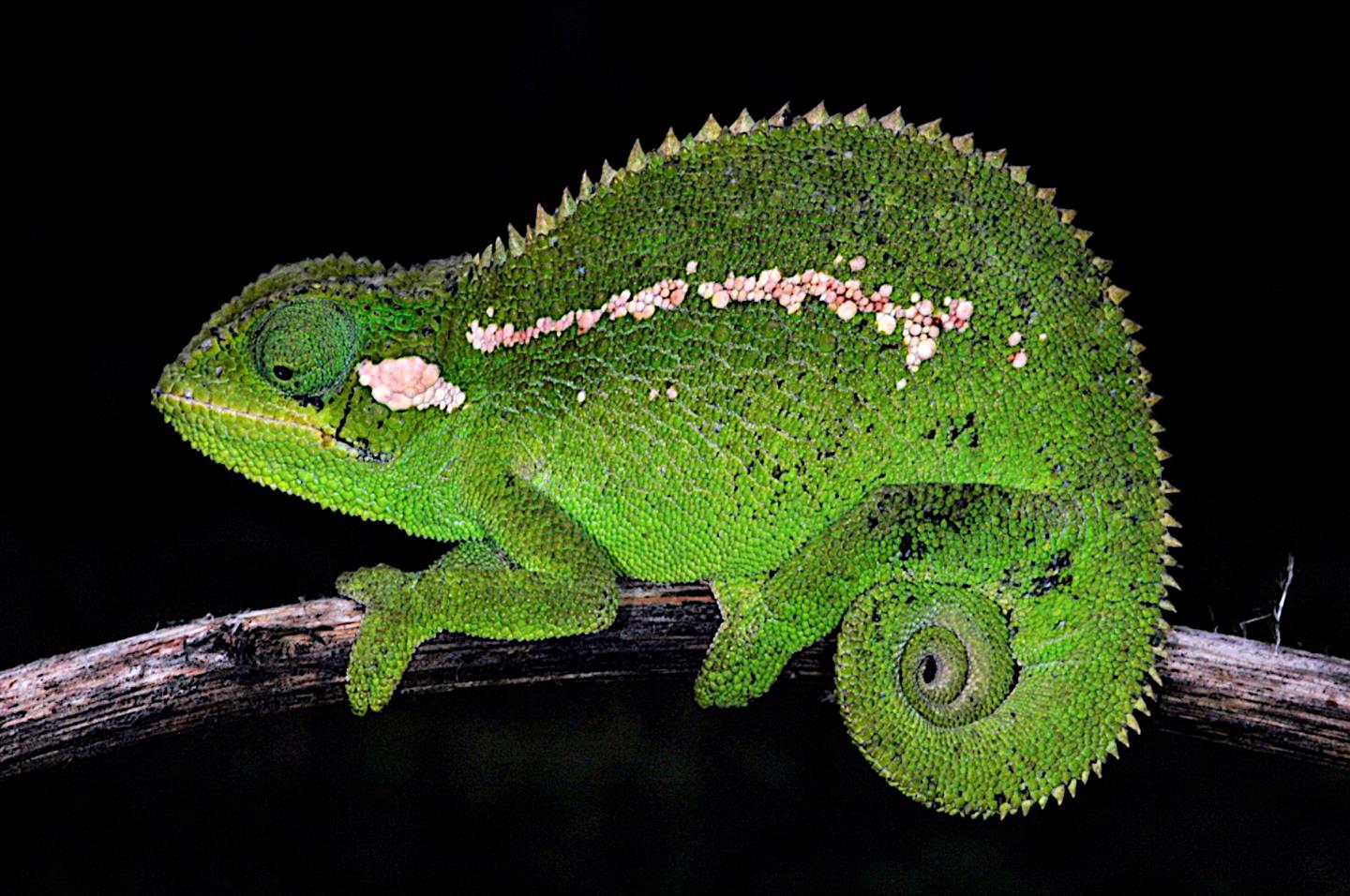 Researchers have described a new chameleon species from the Bale Mountains of south-central Ethiopia, and say the biodiversity hotspot may harbor even more.

Named Wolfgang Böhme’s Ethiopian chameleon (Trioceros wolfgangboehmei), in honor of the senior herpetologist at the Zoological Research Museum Alexander Koenig (ZMFK) in Bonn, Germany, the chameleon is around 15 centimeters (6 inches) long and has a distinctive crest of large spiny scales along its back and tail. The species has been described in the journal Zoosystematics and Evolution.

After careful study of the internal and external features of both preserved and wild chameleons, researchers decided there were enough differences to warrant a new species.


The researchers suggest that the Ethiopian chameleon be considered a species complex, a group with an unknown number of species, rather than a single species. They expect more species to be described from the group.

“Given the variation in colour patterns and morphology between different populations of these chameleons in Ethiopia, it is likely that these groups still bear a higher hidden diversity than expected, which might be revealed by further ongoing investigations,” said Thore Koppetsch, a zoologist from the ZMFK who was part of the team that described the species.

Wolfgang Böhme’s Ethiopian chameleons live in bushes and small trees, often at the edges of the forest in the Bale Mountains, 2,500 meters (8,200 feet) above sea level.

Many of Ethiopia’s endemic animals are found in the Bale Mountains, including the Ethiopian wolf (Canis simensis). The area is also home to lions, leopards, warthogs, and many other endemic reptiles.

“Although the region from which the new chameleon is known from, the Bale Mountains, can be considered as a hotspot of species diversity and a center of endemism,” Koppetsch said, “it is quite astonishing to find an unknown chameleon in this region since two chameleon species endemic to this area are already known.”

The conservation status of the new chameleon is unknown, Koppetsch says, but due to its small distribution range and human-caused habitat disturbance and agriculture in the area, it is likely that it will be classified as threatened with extinction.